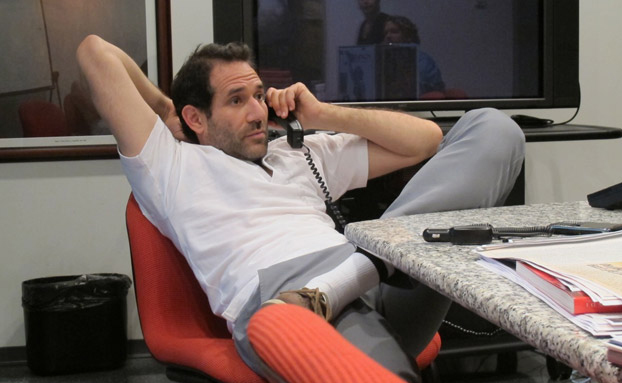 American Apparel had tried to fire him before, back in June, on the basis of financial misconduct and violating their sexual misconduct policy, but he did not go quietly into the night.

And, perhaps, his now being permanently fired comes as no great surprise seeing as the company said it planned to terminate Charney ?for cause? ? which it has. Of course, Charney issued a statement soon after saying he was “disappointed with the circumstances”, and has been fighting tooth and nail since to remain part of the company. Since his suspension, he had been serving as a special consultant to the company he founded, while being investigated.  After the investigation, based on their findings, American Apparel was “determined that it would not be appropriate for Charney to be reinstated as CEO or an officer or employee of the company.” “This is not easy, but we felt the need to do what we did for the sake of the company,” said newly appointed co-chairman Allan Mayer. “[The decision] was not the result of any problems with the company’s operations.” Read more about Dov Charney: In the same memo, the board of directors appointed veteran fashion executive Paula Schneider as the company’s new CEO as of 5 January 2015. “American Apparel has a unique and incredible story, and it’s exciting to become part of such an iconic brand,” said Schneider. “My goal is to make American Apparel a better company, while staying true to its core values of quality and creativity and preserving its sweatshop-free, Made in USA manufacturing philosophy.” “This company needs a permanent CEO who can bring stability and strong leadership in this time of transition, and we believe Schneider fits the bill perfectly,” said David Danziger, co-chairman of the board. Strangely enough, since the announcement, American Apparel shares rose 14 per cent to 66 cents a share. By Shan? Schutte