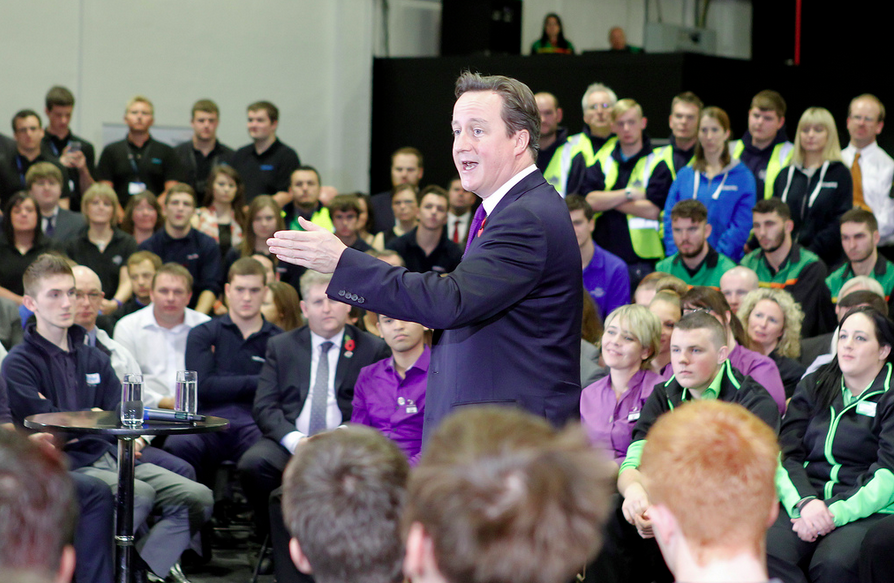 Oxford?s Paige McConville, who is 16, represents the two millionth apprentice in this parliament, having taken up a position at engineering firm FMB Oxford.

The news follows on from the recent announcement which laid out 22 new employer-designed apprenticeships in areas such as data analysis. As part of the government?s ?trailblazer scheme?, there are now 1,000 businesses of varying sizes creating ?top-quality? apprenticeships.

Apprenticeships have been used by the government as a way of boosting young employment and addressing skill gaps. Proportions of the cost associated with taking on apprenticeships are covered, depending on age. If the apprentice is between 16 and 18 100 per cent or training costs are taken care of, 50 per cent for 19-24 and up to 50 per cent if over 25.

When David Cameron?s coalition first came into power in 2010, a declaration was made to produce 50,000 more apprenticeship starts by people aged 19 and over, over the previous financial year.

Commenting on the new two million landmark, business secretary Vince Cable said: ?This isn?t just about numbers. From space engineering, to TV production, to legal services, apprenticeships are the ticket to a great job and a route employers trust to access the skills they need.?

In an attempt to highlight the high number, the government has declared that the amount of apprenticeships created could fill the London Olympic stadium 25 times and is similar in size to the combined populations of Birmingham and Leeds.

British apprenticeships received a boost earlier in the year when it was revealed a proposal to boost national minimum wage rates was in the offing. The proposal would give 31,000 apprentices in the first year of programmes a pay rise of more than ?1 to ?3.79.

Alongside new policy, the government has initiated studies to gain a better insight into how apprenticeships could run better. In November 2012 a review into the future of apprenticeships was published by former Dragons? Den investor and CEO of School for Startups Doug Richard ? providing a number of recommendations.

Skills minister Nick Boles stated that apprenticeships have a ?vital role? to play in supporting the long-term economic plan.

?Thanks to our reforms and through the support of employers like FMB Oxford, apprenticeships are a solid route into some the country?s most prestigious professions,? he added not the topic.

?Two million is just the start ? I want to see more employers making apprentices a key part of their strategies for growth.?