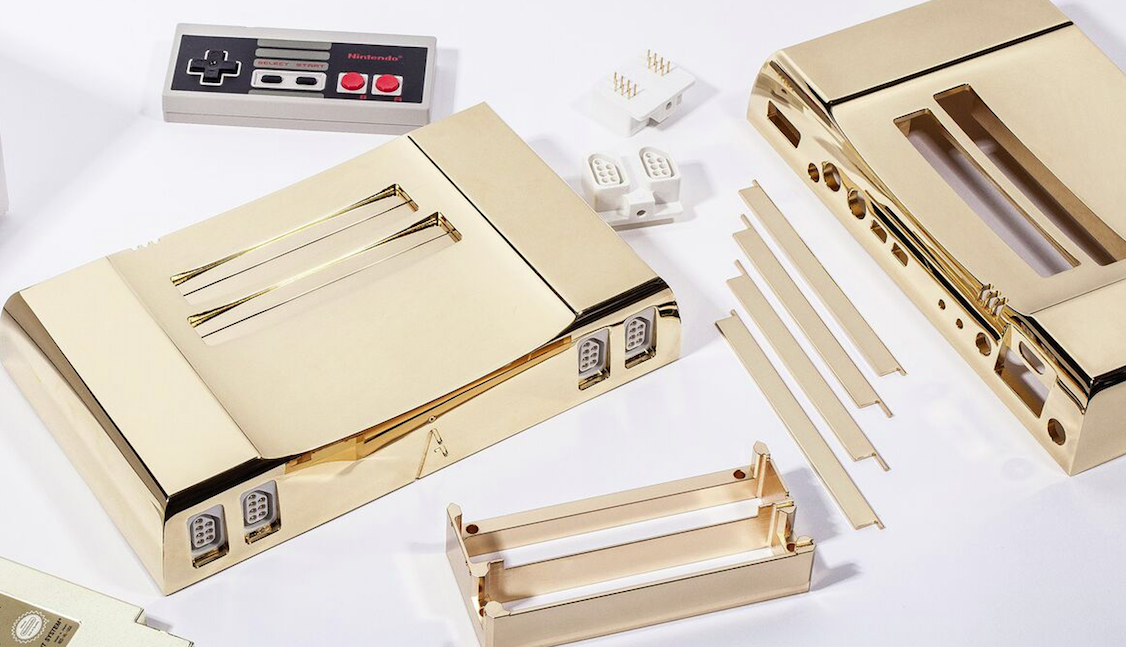 Given that todays technology has evolved significantly since the NES launched back in 1983, Seattle-based Analogue specialises in revamping Nintendos famous consoles for the modern age think high definition under the Analogue Nt brand.

In its own words, the company says of the NES: Today, to experience its greatness, options are limited and riddled with compromises. The Analogue Nt sets a precedent. It opens a door to the highest quality way to experience the NES. “We created the Analogue Nt to experience this pivotal part of gaming history with the quality and justice it deserves. Having achieved success with the $499 Analogue Nt, the gaming firm has upped the ante with the launch of a new model  a $4,999 version that is plated in 24 carat gold. Read more about living the Business Class lifestyle:

Just ten limited edition consoles have been created with the precious metal, a move made to celebrate the 30th anniversary since the release of classic game, The Legend of Zelda.

The $4,999 package will include: Want to buy one Youll need to visit the Analogue website to reserve your order. And to think you were told it was pointless keeping those NES games with the advent of the super-realistic graphical experience offered by the PlayStation and Xbox. Whos laughing now? If you fancy getting your hands on some other gizmos, check out these five hot gadgets for high-flying UK business leaders. By Zen Terrelonge