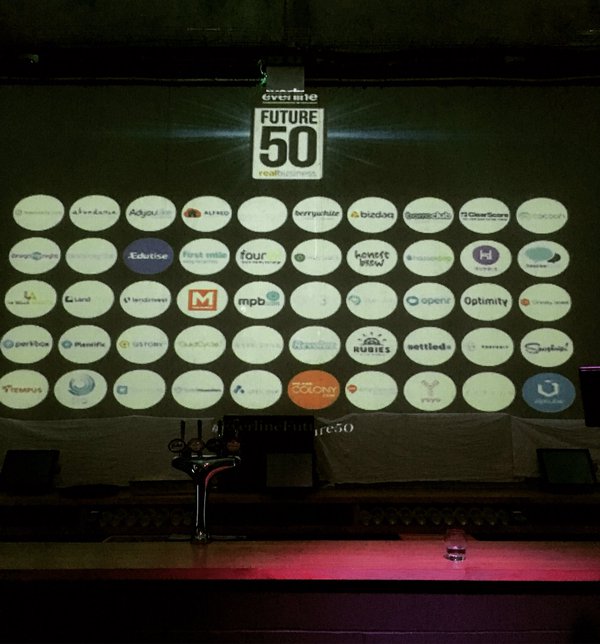 You?d be a fool to ignore these game-changing businesses ??don’t miss our free guidebook

While there is broad awareness of the benefits innovation can bring to a business,?the UK has recently fallen short of productivity expectations?? despite an increase in economic growth in 2014. This has led to the encouragement of businesses to enhance performance becoming top of the agenda for government bodies who are keen to see British industries thrive. However, Real Business Disrupts 2016 highlighted that the Everline Future 50 alumni, who are as diverse as they are brilliant, are poised to revolutionise the way we do just about everything: from the way we shop, communicate, eat and look for finance. The event kicked off with futurist James Bellini, who painted an interesting picture of cultures, innovative businesses and economic situations on the verge of essential change.

Will we still need people in the future? #rbdisrupts pic.twitter.com/2HdRdiXiu8

And helping this transformation along was a range of panelists, who offered some advice to those looking to walk the same path of disruption ? from discussing team tactics and branding to how to best position yourself to receive funding.

Indeed, they have shown that the UK is back on track in terms of innovation, with prior winners such as app building business Mubaloo being acquired by IPG Mediabrands and Q App finding itself being snapped up by Yoyo Wallet. This year also saw CommuterClub and Landbay backed by tennis player Andy Murray as part of his advisory role at crowdfunding platform Seedrs. But after an ever-intriguing event we recognised the Everline Future 50 ? the fifth outing of a project which had been started in 2011 to yearly unveil some of the most cutting-edge young companies in the UK. Read on to find out more about the Future 50.