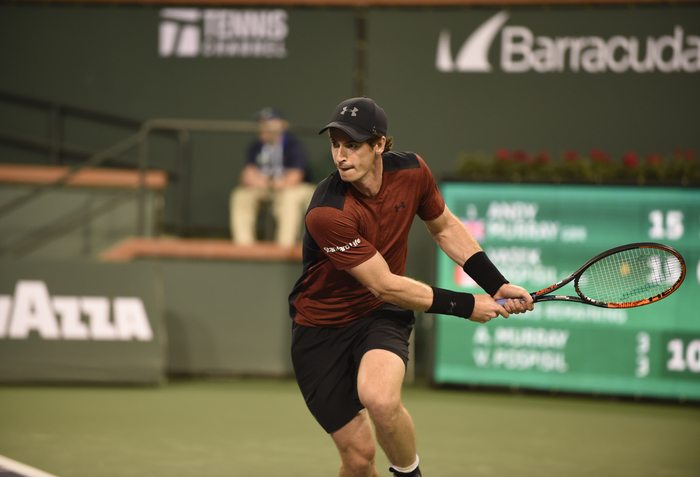 Share via
In Bloomberg’s 2015 explanation of how Andy Murray ?likes to do things his way?,it was revealed thatthe tennis star had turned down millions in potential endorsements since 2013. This was according to Matt Gentry, managing director of 77, a company Murray set up alongside manager Simon Fuller. ?He’s quite principled,” Gentry told Bloomberg. If it affects his training schedule, or he doesn’t believe in the product, he won’t do it regardless of the money. Murray, it seems, would much rather?make investments. He told the Sunday Times: ?A tennis career can be short. I try to invest as much as possible in things such as property. I’ve tended to stay away from shares because I worry about the volatility. However I’ve started to look at crowdfunding. It’s a great way for businesses to raise money.” Hoping to champion UK companies, heAssumed an advisory role at crowdfunding platform Seedrs in June 2015And, according to Gentry, aims to get involved with 40 companiesin the next five years. ?I’ve always been interested in investment,” Andy Murray said in a’statement after his role at Seedrs hit the headlines. Giving recognition and support to British entrepreneurs is really important to me, especially those who are the driving force behind growth-focused businesses. They are passionate and dedicated to succeeding and I?m excited to invest in their future. He’s already put money into the likes of salad bar chain Tossed and 3D virtual reality’shop builder Trillenium. Beeline, essentially a GPS for cyclists downloadable via phone, gained £500,000 from more than 350 investors in under a week. Dog Tracker Nano, a gadget monitoring the health and activity of dogs, and Blow, dubbed the Uber for beauty,?also make the list of backed companies, alongside CommuterClub and Oppo Ice Cream. His latest investment is Morpher, a company specialising in flat-folding bike helmets. Founder Jeff Woolf explained it would help?overcome the problem of 83?per cent of cyclists not?wearing helmets because of howcumbersome they are to carry. The business has?raised ?700,000 on Seedrs, smashing its initial target two weeks after launch. Of the company, Murray detailed:?”Morpher is a product that the modern cyclist should own one that has been dutifully perfected by an award-winning inventor.” Image: Shutterstock