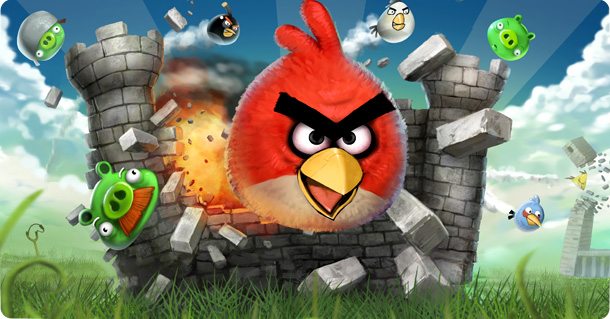 If anyone has ever doubted that the app market wasn’t going to take off, how wrong they were. Rovio Mobile CEO Michael Hed, the Finnish founder of Angry Birds, has just received a $42m cheque from VC firms Accel Partners and Atomico Ventures to grow the company and Angry Birds franchise.

Angry Birds features malcontent cartoon birds that are lobbed against teetering structures built by sinister pigs. The game debuted on iPhones in late 2009 and now boasts 40 million users (including PM David Cameron). The popularity of the game has spawned numerous lucrative merchandising opportunities such as plush toys, of which some two million units were sold last year.  The game’s retention rate remains high, as is demand for virtual goods. A statement by the company confirmed that 40 per cent of new users on the iPhone have purchased the Mighty Eagle downloadable content. The company intends to expand across social media, mobile as well merchandising and media production. “This investment will give Rovio wings,” says Niklas Zennström, CEO and Founder of Atomico. “Angry Birds is one of the fastest-growing online products I’ve seen, growing even faster than Skype,” he adds.  Rovio has 50 employees in Espoo, Finland and intends to launch an Angry Birds “experience” this summer. A version of the popular game is also being developed for major games consoles this year.  Existing investor Felicis Ventures also participated in the round.