The home secretary Theresa May, who is also the women’s and equalities minister, last week outlined a £2m scheme that will see 5,000 volunteer mentors trained by next year to provide role models for female entrepreneurs.

This is hardly anything new.

The first “women’s scheme”, launched in 2006, was the less heralded but very effective Girls! Make Your Mark.

A year later, under Margaret Hodge, this spun into The Women’s Ambassador programme, a programme of 1,000 female entrepreneur volunteers to inspire and help other women. Various government funded-providers got involved to recruit women into this – but little time was spent on working out how their skills could actually be applied.

In 2008, the-then minister for women and equality Harriet Harman and business secretary John Hutton announced a new campaign to encourage more women to become entrepreneurs – including a £12.5m investment fund for women.

And yet Ms May has produced her scheme as if it were something novel and genius idea.

Not only is it nothing new but it is, in fact, a u-turn of massive proportion considering the Coalition government closed down Girls! Make Your Mark last year.

It is just another high-profile campaign by the government aimed at offsetting the growing dissatisfaction in the polls.

Women, it is statistically proven, tend to start their own businesses for very different reasons from men: flexible working conditions and better work-life balance two of the largest. Equally, their lack of confidence and fear of failure in business is a far larger stumbling block for women than it is for men. So yes, there are genuine arguments for schemes that address these issues. And this new scheme is timely: the number of women out of work is at a 23-year high. Two-thirds of local authority jobs cut by local councils since the first quarter of 2010 were held by women.

But the problem with these enterprise campaigns is two-fold. First, many people sign up for their own PR rather than to genuinely further the cause. Second, the take-up rate for services such as these is measly.

I would dearly love to think that the new campaign will be effective. Sadly, I doubt it

Free advice for SMEs from HMRC – too good to be true? 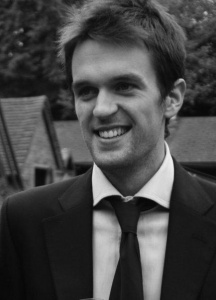