Thirty years ago, the world of newspaper printing changed with the introduction of single keystroking. Simply put, it meant that journalists could input their stories directly into newspaper publishing software without the need of typists, compositors and typesetters.

Whole swathes of jobs in the printing industry, those people previously responsible for creating a quality product, had to adapt or move on. Then came the internet and mobile devices, with that reading habits changed to content sourced digitally.

Magazine sales shrank faster than a cashmere jumper in a boil wash. Advertising was transformed from a semi-scholarly, semi-maverick pursuit where products were often sold with intelligent wit for the duration of a 60 second television commercial. Today, in a multi-channel-soundbite world, the business of shifting product is a link-baiting, Buzzfeeding, tweeting and search engine rankings-driven industry.

Now it’s the turn of the accountant. Technology changes the world and it is changing our business. No matter how reluctantly one adapts to change, adapt one must, or suffer the consequences.

Accountancy practices have been digital for decades. TaxCalc started life on a BBC Micro computer back in the early 1980s but now with HMRC’s Making Tax Digital initiative on the not-too-distant horizon, big changes are underway.

So what is Making Tax Digital?

Simply put, certain taxpayers (such as landlords, businesses and self-employed people with turnovers exceeding a specified amount) will soon have to keep digital records of their income and expenditure and file them to HMRC regularly. The thinking behind it is to create a seamless and transparent system of reporting that gives HMRC and the taxpayer and accurate figure of how much tax is owed.

In principle, it makes absolute sense. However, the reality for many accountancy practices is that they will have to overhaul the way they run their business and charge their clients. Administration, staffing, fees – will all need to be reviewed and often radically changed. In response to this new market need, software manufacturers like us will have to come up with effective services to support the accountant and the taxpayer.

Not since the introduction of PAYE has the tax system experienced such a big shake up. Exact details are yet to be announced by HMRC, and with the election, the Inland Revenue is temporarily unable to shed any more light on their plans. Unless you are an accountant or have been reading the specialist press you may find it hard to get an idea of the enormity of the change Making Tax Digital implementation represents. But trust me. The cat is officially amongst the pigeons.

At Accountex, the UK’s premier event for accountancy services and products, which took place earlier in May, there was a palpable sense of apprehension in the air. Punters (accountants in the main) came looking for information, direction and answers in the form of technological solutions. Exhibitors did their best to claim their Making Tax Digital service was in the bag. But it soon became apparent that even the big players were well behind the curve.

On the TaxCalc stand we met everyone from the casually-kitted-out newly-qualifieds with an eye on a big job at a big firm, to the suited and booted senior practitioners, to members of family-run micro-practices – and everyone in between. Yet just about everyone among the collected masses who crowded Accountex’s aisles were united by the same two things: the desire to improve their practice’s efficiency and meet the challenge of change in the light of Making Tax Digital.

Since the days of the BBC Micro, our software has evolved exponentially in power and sophistication (you’d hope so!). We remain pioneers in our field. This is borne out by our mantra: innovation In practice. This drives us to find smart solutions for everyone from the smallest firm to the larger practice. As well unveiling new updates and new products, we made a hugely significant announcement: our strategy for Making Tax Digital implementation.

Accountex is undeniably the best barometer to gauge reaction to such a bold and business-critical commercial announcement. I’m delighted to report that the response from the show was overwhelming.

Now I don’t like to do smug. But I do have a point. I’ve said it before. If there’s one thing that’s certain about the future, it’s that change is inevitable. Like printers, advertisers and hundreds of other professions, there will be some who barely survive and there will be others who will absolutely thrive. In the coming year we’ll see a new generation of entrepreneurial accountants, embracing and profiting from the move to digital tax.

We are in the digital tax business. Of course we are. That’s why we call ourselves the digital tax people. Lucky for us, that the world of tax and accounting is changing in the direction that we were already headed. That’s innovation for you. 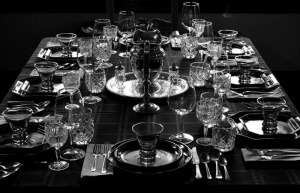