But with the number of smartphones and tablets on the increase, and a decrease in traditional PC sales, attacks on mobile devices are maturing. In fact, it was estimated that by 2017, 75 per cent of mobile security breaches will be the result of mobile application misconfiguration.

“Mobile security breaches are — and will continue to be — the result of misconfiguration and misuse on an app level, rather than the outcome of deeply technical attacks on mobile devices,” said Dionisio Zumerle, principal research analyst at Gartner. “A classic example of misconfiguration is the misuse of personal cloud services through apps residing on smartphones and tablets. When used to convey enterprise data, these apps lead to data leaks that the organisation remains unaware of for the majority of devices.”

To do significant damage in the mobile world, malware needs to act on devices that have been altered at an administrative level.

“The most obvious platform compromises of this nature are ‘jailbreaking’ on iOS or ‘rooting’ on Android devices. They escalate the user’s privileges on the device, effectively turning a user into an administrator,” said Zumerle.

While these methods allow users to access certain device resources that are normally inaccessible, they also put data in danger. This is because they remove app-specific protections and the safe ‘sandbox’ provided by the operating system. They can also allow malware to be downloaded to the device and open it up to all sorts of malicious actions, including extraction of enterprise data. ‘Rooted’ or ‘jailbroken’ mobile devices also become prone to brute force attacks on passcodes.

The best defense is to keep mobile devices fixed in a safe configuration by means of a mobile device management (MDM) policy, supplemented by app shielding and ‘containers’ that protect important data.

Gartner recommends that IT security leaders follow an MDM/enterprise mobility management baseline for Android and Apple devices as follows: 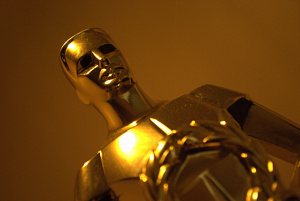 How to win an award for your business