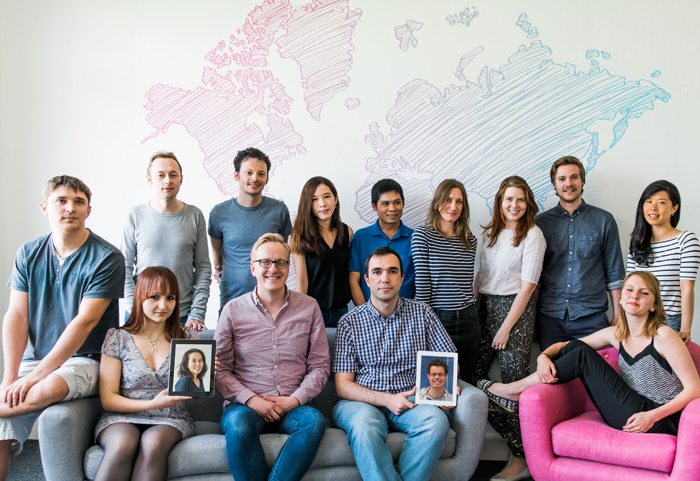 Share via
The Tandem language app is a free to use mobile platform for learning new tongues, 150 at this time to be precise. Based on the premise that people learn a language quicker when they are forced to speak it and interact with a native, the platform has built up a community in countries all around the world. It is the brainchild of two Germans, Arnd Aschentrup and Tobias Dickmeis. Starting life in 2015 from its base in Berlin, Tandem has raised €2.6m from a host of institutional investors and angel backers – with its latest round worth €2m in April 2016. When Real Business caught up with Aschentrup he explained the complexities of building a user base, preferring instead to refer to it as multiple communities. In the week before our interview, Tandem had facilitated the learning of 4,500 different language combinations. So how did it get to that scale in only two years? “It was critical to have a mass user base,” he said. “The firs step that helps dos to make progress was that Apple was very heavily supportive of what we’ve been doing. When we launched in February 2015, they did a big global promotion and wishing a few days we had tens of thousands of users. We had liquidity to support act user base, and we now have 148 languages – including 11 sign languages.” Aschentrup told us the relationship with Apple began through introductions from investors and supporters of the company. “For Apple, they always look for things that add value to iOS users, so with Tandem we filled a gap in the app store. We were the only education app in the ‘apps of the year’ for 2015 and in the most innovative iPad apps we’re number 12.” One of the most important factors in the growth of the Tandem language app, he believes, is its focus on brand. Building on decades of scientific research that suggests effective language learning comes from partnering up, it’s a digital extension of what is done on university campuses around the world.

Aschentrup has previous when it comes to building disruptive digital forces. His first entrepreneurial venture, mobile development company Cyoshi Crucial, was snapped up by a UK buyer, Mobile Streams, in 2006. Then, in a world before the iPhone (yes, it did exist) he and Dickmeis built the first video streaming programme for Nokia. It was looking at the growing trend of forward-facing cameras on smartphones that the duo saw potential in tackling the difficulties of learning a new language with a mobile-first approach. “We see lots of people using it just as a messaging platform, practicing there first and exchanging audio. Then they gradually move onto video calls, with Sunday evening being the most popular time for this,” he added. “One Sunday I got a call from someone who was interested in football, like me. He was a tailor in Afghanistan. As it was a slow day at his market in Kabul, and he had good WiFi, he was able to show me round. It was a really amazing experience and i would not have been able to do that before.” Aschentrup himself is brushing up on the French he “miserably” failed to learn at school. With 25 students and a teacher at the blackboard, he and his fellow classmates were lucky if they could speak one sentence after a 45-minute lesson. Now he’s watching French TV shows and then engaging with people on Tandem. Eventually we had to get onto the topic of monetisation, and how Tandem plans to build a profitable operation from its user base. Successful in getting nearly two million to download its app, producing 1.5m users, Tandem will need to convince investors of long-term value. Surprisingly, it doesn’t involve introducing advertising. “We are building a growing set of lessons that you can take on Tandem – you and your partner can go through exercises that we provide. It’s free at the moment, but at some point we’ll introduce premium features – a kind of membership,” he explained. “We’re also working with professional language teachers, looking to build them into the community. If you feel you need to learn with a professional, we’ll have that there.” Aschentrup believes Tandem’s big value proposition is that, currently, language learners are playing “way too much” for services that aren’t as effective. With hundreds of euros spent on language school courses, he and his team believe they are able to produce a cheaper option that opens up language learning for younger people and a larger demographic. With lots of excitement out there regarding the next generation of education technology, shown by investor appetite in Tandem and Apple’s willingness to help market the app, Aschentrup is focused on building a scalable platform that addresses the failings of education systems, language schools and other learning techniques. And with support for learning quirkier languages such as Klingon, Dothraki (Game of Thrones dialect) and even emoji, Tandem could soon have even the historically ignorant British speaking in new tongues.