Preliminary figures released recently from the Department of Education revealed a 25 per cent drop in the number of apprenticeship starts in the first three months of this year.

The government has spent years coming up with a way to solve the UK’s skills problem by reforming apprenticeship training, and we’re clearly no better off than we were ten years ago.

Instead of making progress, we’re going backwards, and under the current Apprenticeship Levy system there is no way that the UK will be able to deliver the foundation of skills needed on which to build an economy.

This month it will be one year since the Apprenticeship Levy was introduced, and all that’s actually happened is the government has ruined any chance of young people getting the training they need for good careers, and the skills the country needs for a thriving economy.

The same day I heard about the Apprenticeship Levy, I knew this was just going to be another bogus reform to pacify businesses like mine from calling for change, but at Pimlico we recognise what the government doesn’t. Apprentices need to be young school leavers, working on the job, day in and day out, and attending a technical college for a bit of extra theory and guidance, once a week.

An assessment report published by the Chartered Institute of Personnel and Development (CIPD) in January, shows that more than a third of organisations have planned to use the Apprenticeship Levy fund for management or leadership training for existing employees, with 46 per cent of organisations rebranding graduate-schemes rather than investing in taking on legitimate Apprenticeship starts.

Deloitte is one company guilty of this manipulation, with 40 per cent of its 2017 graduate intake being registered on Accountancy/Taxation Level 7 Apprenticeship Schemes, giving them a master’s degree level qualification.

Apprenticeships have traditionally been a form of salvation for those who can’t afford to go to university, and this is just another affront by the powerful elite, swinging their weight around to manipulate policy to benefit whomever they wish – and the government has allowed it to happen.

We need an Apprenticeship system that promises opportunities to the youngsters from disadvantaged backgrounds, levelling the playing field and giving them a real chance at a successful life. There is a solution to this disaster, and this broken Apprenticeship Levy isn’t it!

What’s needed is a common-sense solution to getting the UK’s legion of small companies involved in training young people, the moment they leave school. There are still hundreds of thousands of people on the dole, and every year school leavers add to the figure.

We must stop paying out benefits to sofa-sitting youngsters and instead give the money to employers to pay the apprentices that they would start to employ. If only this idea was adopted, we’d see an improvement across the entire economy. 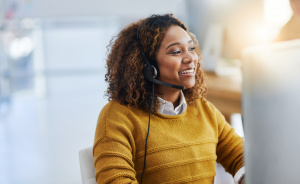 How SMEs can improve the customer service experience online