Jamie Oliver made some good points last week when he claimed that migrant workers are stronger and tougher than their UK counterparts.

Never one to shy away from controversy to make a point, or plug a project, Jamie said that without his migrant workers his restaurants would be forced to close.

He’s right of course, sort of. What he’s actually saying is that people with the gumption to come from far away to make a better life for themselves are tougher than Brits who have been showered with state hand outs for most of their lives.

It’s a no brainer – a hungry man will always be tougher that those living off burgers and chips served in Styrofoam trays and paid for by benefits.

While there is some truth to his argument, he’s not really comparing apples with apples. In fact, it’s more like comparing Mangos with Bramleys.

There are some pretty motivated migrants out there keen to do the job, whatever it may be. However, there are some tough Brits too, plenty of us in fact. Some work for me and some for Jamie; it’s just that as I’ve said for ages, there aren’t enough of them to do all the jobs we have.

This is why Jamie and I both employ migrants in our businesses and that’s why we love them. They’re hungry to succeed.

But as I say, there are also some driven young Brits, but the fire that exists in their bellies needs to be transplanted into those who prefer to be warmed by the glow of daytime TV.

If we want to change this situation we need a combination of carrot and stick, and that means taking away the social crutch of benefits to all but the genuinely needy, and providing a nationally co-ordinated and funded apprenticeship scheme to get businesses the workers they need for the future of the nation.

With a bit of luck, that’ll harden them up too as, speaking from experience, working as an apprentice plumber in the freezing cold all day certainly helped me understand the meaning of a hard day’s graft.

Of course, the next challenge will be finding the opportunities for these newly-motivated young British workers. I was really pleased to read last week that the number of apprenticeship applications has increased. From a personal perspective it was great to see plumbing and heating as the second most popular apprenticeship applied for.

But as demand increases, the supply needs to as well. It’s true, more businesses need to recognise the benefits of apprenticeships, but it’s even more important that government understands it is for the future of the economy that more business can afford to take on apprentices.

Hopefully then Jamie will have fired-up Brits banging down the doors of his restaurants desperate to work and he’ll have a few quid from government to help train them and turn them into valuable members of the workforce. 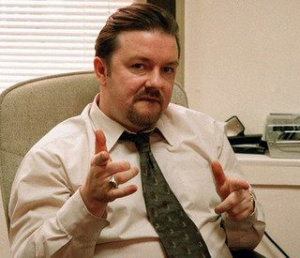