I graduated right at the top of my class at the school of hard knocks, but even I recognise that universities have a place in our education system. Historically, they were the only places of learning, but times have changed, and they have struggled to keep pace with which skills are needed and where innovation can come from.

Since those hallowed halls of learning were corporatised and tainted by financial greed, they are fast becoming a joke as they seek to milk more and more cash from their clients, otherwise known as students. A recent report revealed that UK universities are facing deeper financial problems than at “any point in living memory”.

The many reasons why universities are failing

Looming variable student fees, global competition and the damage caused by Brexit has been exacerbated by eye-watering salary levels and often unwise and costly projects to expand into overseas markets. This, at a time when students are saddled with a mountain of debt, with the average UK graduate owing £50,000 after completing a three-year degree.

At the same time, six universities in England paid their vice-chancellors £500,000 or more in salary, bonuses, and benefits last year – while almost half received more than £300,000, according to the Office for Students.

The latest scandal to damage the sector’s reputation follows on from Education Secretary Damien Hinds – and he really should know what he’s talking about – accusing 23 universities of effectively trapping students into accepting places. He is seeking a review into the “unethical practice” of conditional-unconditional offers, where students are guaranteed a place so long as they list the university as their first choice.

Mr Hinds says such practices equate to “pressure selling tactics” which are harming grades, simply to fill places and hit the profit quota. It may also, he says, breach consumer law. While no conditional-unconditional offers were recorded in 2013, more than 66,000 were issued last year.

So, it’s no surprise that young people are actively turning their backs on universities, questioning whether they continue to offer value for money and whether the courses they offer are effective in securing not just well-paid employment, but…employment.

Many will know of graduates struggling to find work or forced into taking menial jobs, simply because they don’t possess the real-life practical skills businesses require.

‘Earning as you learn’ could help

As an apprentice myself, I remain a huge supporter of a system which allows people to earn as they learn while securing the necessary skills and qualifications needed to progress a career.

I may fundamentally disagree with the way this Government is funding the system, through the Apprenticeship Levy, but the principle of equipping people with relevant and practical skills is exactly what the UK’s economy is crying out for.

That’s exactly why I founded Pimlico’s Apprenticeship Training Academy to develop people youngsters – into highly-skilled professionals and have consistently called for Job Seeker’s Allowance to become a training allowance to get more young people into apprenticeships.

Working with training and education providers, as well as directly-employed trainers, the centre gives people the opportunity to work alongside Pimlico’s team of tradespeople, in disciplines ranging from plumbing and heating to electrics, carpentry, and drainage. We also offer non-trade programmes in areas such as accounts, customer services, and marketing.

Apprenticeships are central to the success of my own business

Apprenticeships are central to Pimlico’s success and they remain close to my heart. After all, it was my experience as an apprentice which formed the foundation for everything I have achieved.

There was no shortcut for my own grandson Ashley. He left school at 16 to join the family business and underwent a three-year apprenticeship so he could both learn the trade and the necessary life skills.

Apprentices may start out on modest wages but at least they are earning and not running up a £50k debt. Once qualified, a hard-working plumber can easily pocket more than £100,000 a year. When compared with what a university vice-chancellor is pulling in, that’s actually not too bad. 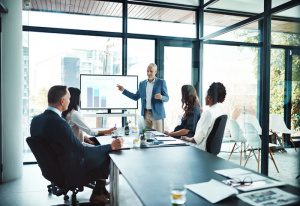 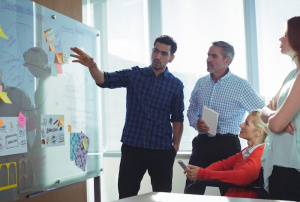