Benefits for the apprentice are obvious. They gain work-based qualifications, while they earn and vastly increase the chances of getting employed at the end of it – most probably in the same company but at worst having gained invaluable, employable skills.

Some 19,000 young people have started an apprenticeship scheme. No doubt not all of them completed it, but that is still a huge and genuine number of people whose lives have been changed for the better.

There is of course a financial advantage to the scheme for companies and many have turned to it to help them through the recession. Employers taking on under 18 year olds do not have to contribute anything towards the training and the minimum wage is £2.68 per hour for under-19s.

That said, many employers pay more and reports show a figure of an average of £170 per week. Obviously they are missing for the hours they spend at college but a good apprentice can still be financially advantageous to your wages bill.

Other figures are staggering. 80 per cent of employers say their workplace is more productive as a result of being involved in the scheme. Other benefits include increased staff morale, more innovation and better staff retention. 81% claim that consumers favour a company that takes on apprenticeships, though I would suspect that very much depends on your market and how much use you make of the PR.

83% say that they rely on the Apprenticeship scheme to provide them with the skilled workers they need for the future and their long term development.

A great result all round for the Government. This will be increased by Skills and Enterprise Minister, Matthew Hancock having pledged an additional £25m to businesses through the scheme last month. £20m of this is going to the automotive sector. Great for them obviously, but this brings me to my one and only gripe.

There are limited amounts they can do about that. However, the scheme relies on there being matching training courses available through local colleges for the apprentices to do their training. The colleges have to justify their courses with applications per capita.

There are, therefore, huge gaps. Speaking from experience within the furniture industry, furniture skills in this country died a horrible death with the onset of mdf and Changing Rooms. While the sudden fascination it sparked expanded interior design into one of Britain’s top growth industries, it also destroyed the traditional East End furniture companies that had been comfortably making traditional reproduction furniture for decades.

Large numbers of those who worked within it had to find employment within other industries and few were left to pass on the skills to future generations. Like many industries, we are now facing a catastrophic skills shortage in this country.

However, despite the increase in interior design, and therefore the deman,d combined with a genuine move back to buying British which could create so many jobs for the future, there is no apprenticeship scheme available because there are no college courses available anywhere remotely in our area.

The Apprenticeship scheme is fantastic but it needs to be expanded to encompass all industries with potential to grow and provide jobs. If the colleges can’t provide schemes, it needs to look at financing employers who are willing to do it themselves. 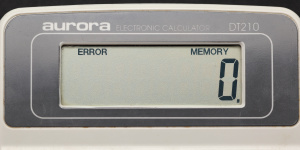 App errors to be cause of 75% of mobile security breaches 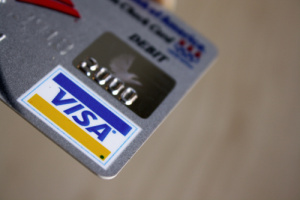