There is further pressure to retain them. With such shortages, not only is pay driven upwards faster by the market, but many employers have turned into poachers, and are spending their resources trying to bribe suitable prospects away from beleaguered competitors. This is happening at all levels, while it used to be a jungle left for head-hunters and top positions alone.

Brexit makes a good scapegoat for the skills shortages. Speaking to Charlie Dalton, founder of Smart Garden Offices and Zed Box, he told me that they had gone from 20% foreign nationals to only 5% in the space of 14 months, but he isn’t entirely convinced Brexit is the reason.

Dalton explained to me that in the joinery industry, skilled staff are almost non-existent between the ages of 21 and 50 in the UK. On his fast-growing teams, he has only two or three people he has not trained himself.

He finds that staff that are skilled – especially staff that are skilled up to a proper standard – are almost impossible to find. He attributes this to former prime minister Tony Blair’s campaign to encourage every child to obtain a degree, irrespective of whether it would benefit their career. Children of these generations were told that a degree in media studies was a better goal than becoming a skilled craftsman.

I agree with Dalton in part, but I think some of the ground was laid even earlier, when another Labour PM, Harold Wilson, abandoned the tripartite system of education of grammar, technical and secondary modern, all of which focussed on preparing young people for careers.

Under a Labour government this was seen as divisive, and concerns emerged that children who were found talented in technical or manual skills might be deemed as failures.  What a tragedy, rather than try and make all individuals the same, we didn’t look at this in a different light and set out to change the attitudes towards people with these skills rather than jump in and agree.

To me, the irony of both Wilson and Blair, is that these staunch Labour politicians were in essence the ones that passed a judgement of “less worthy” on our skilled craftsmen, and who endeavoured to discourage children from using natural skills in such areas.

It is almost ironic the revived growth these skills in people under 21 owes much to a Conservative MP, Rob Halfon, who spent time as minister for Apprentices and who believes that apprenticeships should be regarded with equal standing to university qualifications.

Halfon, won Politician of the Year from the biggest employment and training providers, Avanta, in recognition of his work, told me that “there is a sea change in our country in terms of apprenticeships and Britain is building an apprenticeships and skills nation.

There are currently over 900,000 apprentices, the highest in our nation’s history. The Apprenticeship Levy on larger businesses, whilst not without its difficulties, ensures that big companies play their part in reshipping workers, and also means that the government can spend £2.5bn on apprenticeships by 2020.

Apprenticeships are all the more important given that we are behind many other counties developed in terms of skills. Halfon added: “Perhaps it is difficulties with the Apprenticeship Levy or perhaps the claims that current minister, Anne Milton, has not got her eye on the ball, after she allegedly misled parliament by telling them that apprenticeships were “no longer offered by Learndirect”.

When matching college courses exist, there is no doubt about the success of the Apprenticeship scheme for businesses. In this age of low unemployment, Oliver Mangham, MD of Fairfields Industrial Control Systems, says it is the only way they can grow their business. He said that the retention rate which was exceptionally high at 95%.

Alex Marr, of digital retails Eyesore Merch, says the scheme provides “smart folk capable of being trained up the way we like to work” and that it isn’t so much about funding but about finding the right people.

Dalton agreed, he takes both young and older apprentices and hires on attitude alone as the skills are trainable. He is also passionate that companies have a duty to give back in terms of training to those that want it.

More and more firms are finding Apprenticeships the only way forward to survive.  While taking more apprentices may have some advantage in balancing the pressure on increasing wages, it is clear that for employers, this is a side benefit.

As unemployment rises, which it undoubtedly will, more staff may come back on the market, but it will take many years for the damaging gaps in skills to be redressed. And that is assuming we don’t have a Labour government that will come into power and ensure that traditional skills are extinguished.

Halfon went on to say: “We need to develop an apprenticeship system in which apprentices can start at level two and go right through to degree apprentice level – earning whilst they learn, getting a higher degree apprenticeship, and vital skills, so that they can climb the ladder of opportunity to ensure jobs, security and prosperity for themselves and their families.”  It is as necessary for them as it is for British businesses to get this right.

The right ingredients for a slice of global success-infused cake 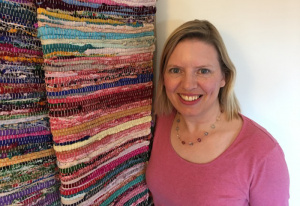 Amazon Academy: Meet Second Nature, the ethical soft furnishings store which is going global from its rural base