As you’d expect, I’m always one of the first to cheer any increase in the number of apprenticeships created in the UK.

But I nearly choked on my bacon sarnie when I saw the huge differences between the number of apprentices in the South compared to those up North.

According to research by young unemployed lobby group Million Jobs campaign, Londoners are less likely to do an apprenticeship than those in the North of England.

The research is based on parliamentary constituencies and showed, for example, northern areas such as Richmond (North Yorkshire) with 3,560, Beverley (East Yorkshire) with 2,040 and North Tyneside with 1,200, have the highest levels of apprenticeships.

This compares to constituencies on my own doorstep, like Chelsea and Fulham, which only has 140 apprentices and Kensington, which has only slightly more with 150.

It must be said, it’s great news that areas of the country that face serious skills challenges, particularly those with rich industrial heritages are proactively addressing their future employment requirements by investing in apprenticeships.

On the other hand, I was completely disheartened to see how poorly areas of the South East are performing.

I’ve never looked at the apprenticeship like this before. However, like any good plumber, I always look at a problem from every angle and always appreciate a fresh perspective if it leads me to a workable solution.

As I said on telegraph.co.uk this morning, this country needs a standard national apprenticeship scheme which, I believe, would cut youth unemployment by 50 per cent.  We should provide a blanket three-year programme for young people leaving school and replace the mix of different schemes of varying lengths.

I also believe that it could be funded by using Job Seeker’s Allowance, which would make sure the young people would be putting something back in for receiving money from the Government, while also removing some of the burden from employers, who pay out around £45,000 to take on an apprentice for three years.

Having seen these figures as well, I think that there should also be a regional funding breakdown that gives an even spread of apprenticeship opportunities across the country.

On the simplest level, it appears that young people living in more expensive areas are missing out on apprenticeships because they simply can’t afford to be on the courses.   Apart from totally relying on the “Bank of Mum and Dad”, there is no way they can earn enough on an apprenticeship.

The irony, from a London plumber’s perspective, is that in my game, a qualified plumber who has completed an apprenticeship can go on to earn a six-figure wage!

If we can get apprenticeships working across the whole country, then businesses and the wider economy would be in a better place. It doesn’t matter if you’re from Sunderland or Surbiton, your chances should be the same.

If that means adjusting those chances based on regional cost of living, then so be it. We’ll all be winners in the end. 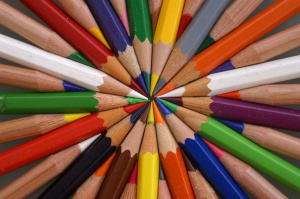 Creatives: your country needs you! 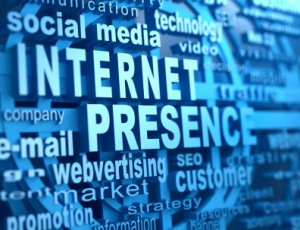 6 tips to get your online business started