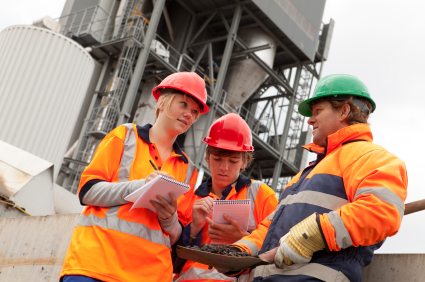 My journey to work, like that of a lot of people, is usually set to a soundtrack of radio news, which tend to get me wound up or slightly angry, and very, very occasionally, hands-in-the-air-excited.

To be honest, I’m usually on the mobile (hands-free, of course) but the other morning I heard something that made me cut the person off on the other end of the phone. Someone being interviewed on BBC Five Live about apprenticeships said: “£8,000 is a huge lot more than what you get as a university student. There’s no debt attached. You are learning and you’re being paid at the same time.” And who was this advocate of the thing I hold to be the single biggest tool we have to return the UK to the top of the skills pyramid?  No, for a change it wasn’t me, it was none other than Richard Hamer, education director and head of early career programmes, at one of the most hi-tech companies on the planet, BAE Systems. He went on to explain that, as a company, BAE Systems couldn’t get what they needed in an employee from the universities. Therefore, 240 of the company’s 400 top managers had completed in-house apprenticeships. And you wouldn’t want it any other way if you were working in a hostile situation in a submarine, protected by a BAE weapons system, and while it’s not nearly so dramatic, a bad call from a cowboy tradesman can also cost you your life. This is exactly the kind of thing we need to get out into the public domain. The idea that you can learn some of the most complicated trades in-house, without the need for university cannot but help destroy the mind-set that, to have a “real career”, you must be a graduate. However, that attitude is still alive and well and proving hard to shift. According to figures from the universities admissions body UCAS released last week, the number of applications is on the rise. They are not as high as the peak late-Labour period, but on admissions deadline day in the middle of January the total was the third highest in history. While this is extremely frustrating, especially when you consider how happy I was just 48 hours before listening to Mr Hamer extol the virtues of apprenticeships, there was some positive news. It appears that students are turning their backs on modern languages and applying for science and engineering courses.  Applications for engineering courses rose by 8.4 per cent, which is a positive sign, because if the universities prove they are good for something it will be to create graduate engineers who can apply their degree-level skills into practical applications that benefit their future employers and the economy. Projects like the High Speed Rail Link will need university-trained civil engineers to put the projects in place, which will, in turn, create opportunities for other skilled tradespeople, who can actually build the railway, who will have been trained through apprenticeships. So if companies like BAE can tap into a better pool of “on the job”-trained apprentices mixed with a handful of these university-educated engineers who have actually completed courses relevant to the real world, then we will have started to crack the issue. And, in terms of apprenticeships, what’s good for the goose certainly works for the gander when it comes to skills training. Plumbers, electricians, carpenters and many other trades learn better over a period of time when they are actually on the job, gaining knowledge and experience that will stick in their heads because it’s real. Charlie Mullins is founder and CEO of Pimlico Plumbers.