Despite arguments that apps are dead, the numbers paint a different picture. Apple announced the App Store had a record-breaking month in November, with the release of Nintendo’s Super Mario Run becoming the largest app launch in App Store history. Likewise, who could forget the cultural phenomenon of Pokémon Go? The comparison from just a few short months ago – when ‘app fatigue’ was the new smartphone paradigm – is stark. But if we look at the bigger picture, both these factors point to our changing relationship with apps – and ever increasing user expectations.

As technology gets cheaper and the storage on devices bigger, we are willing to download dedicated apps for the websites we use most. By downloading a website’s app counterpart we get round the long waiting times that come with loading the site in a browser. The problem for businesses is that creating an app isn’t cheap and finite resources mean app experiences aren’t half as engaging for the user as either party would hope.

We have have high user expectations when it comes to the app experience and are reluctant to give apps that don’t perform a second chance. This user expectation of quality and a limited ‘tolerance span’ is why 80 per cent of apps are deleted after just one use.

It’s not a like-for-like comparison but we can see where enterprise apps go wrong if we look at Pokémon Go and Super Mario Run. The latter brings something people have wanted for years – Mario on their smartphones – while Pokémon Go brought a new offering in AR (both have been helped by lashings of nostalgia). When it comes to apps, we want more interactivity and better experiences than we can get elsewhere. Otherwise, why bother?

Businesses should look to these examples and see how an elevated experience translates to app success. Just having an app isn’t enough to capture users’ attention today.

Apps but not as we know them

It’s fair to say the app is no longer a novel concept. The ways they work and how we interact with them seem familiar. The up side is that putting an app on the App Store or Google Play means your whole user base will understand how it works. The flip side is the excitement around new apps has become less common.

But there are new technologies which apps can tap into and integrate with to deliver that excitement, interactivity and extra level of utility. Virtual assistants have been working their way into our lives for a number of years now but 2017 will see tech giants double down on products like Amazon echo and Google Home. These AI applications tap into user and context data such as location and time, and combine it with advanced search and powerful decision-making to respond directly to voice requests and questions. Google opened up its assistant to developers in December 2016, allowing them to build “Direct and Conversation Actions” for Google Assistant. This is a huge opportunity for a new wave of applications.

Are we really in a post-app or meta-app era?

With technological developments taking place faster than ever and the ‘next killer’ trend risking becoming redundant before it goes to market, it is easy to think about the future of apps, and declare them done for.

But think of apps beyond the form we use them in today and the future looks far rosier. Businesses and app developers need to think about how apps can evolve into more advanced and complete systems, integrated into broader ecosystems and making the most of the newest and hottest technologies, like AI, AR, IoT, all paired up with emotional intelligence. Welcome to the meta-app era where apps are truly smarter, genuinely interactive and can anticipate our needs.

Mark Armstrong is VP and MD EMEA at Progress 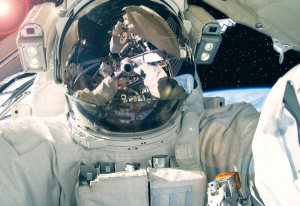