Labour market statistics for January to March 2018 show employment increased by 197,000 and unemployment decreased by 46,000 – its lowest rate since 1975. Wage growth outstripped inflation for the second month in a row, the CBI pointed out.

At the time, the CBI’s head of economic intelligence, Anna Leach, suggested “the opportunity now is to make this stick for the long term.

“Businesses are facing skills and labour shortages in many parts of the country, highlighting the need for a comprehensive deal on migration as part of the Brexit negotiations. An approach that restricts labour unnecessarily will simply restrict prosperity.”

Indeed, the reality is that without adding and retaining more people to the workforce, the pace of job generation will slow and could cause an already tight labour market to burst.

It’s a sentiment Tara Sinclair, economist and senior fellow at Indeed, agreed upon. According to Sinclair, employers are betting on economic growth and are trying to hire. As that demand bumps up against the limited supply of workers, there is a need to offer higher salaries to attract new staff.

“Workers will be celebrating two straight months of real gains in regular pay and if inflation continues to fall and the jobs keep on being created – the average person’s paypacket could continue to expand,” Sinclair added.

“A word of caution though. The latest figures show productivity is falling and it bears repeating that the UK’s economic growth has painted a worrying picture.”

“These employment figures are out of sync with the wider picture and something will have to give in the not too distant future. Pay rises alone cannot deliver lasting benefit to Britain’s economy; the holy grail remains productivity. And improving that remains as elusive as ever.”

UK GDP only grew by 0.1% in the first-quarter, compared to the Bank of England’s prediction of 0.3%. That a fraction of the fall can be blamed on the “Beast from the East” is a big takeaway from Office for National Statistics (ONS) data.

“If, as the ONS said, the impact of snow on economic activity was small, the chances of a second quarter bounce will also be lower,” Jacob Deppe, head of trading at Infinox suggested of the results. That the downturn in economic activity was also broad-based will be a concern for Bank of England policymakers.

“An interest rate hike in May now looks very much like a dead duck. In fact, given governor Mark Carney warned over weak retail sales and softer levels of business investment until, or unless, the economic picture improves it seems unlikely that interest rates will go anywhere.

“With wages rising by 2.8% in February and Consumer Price Inflation falling to 2.5% in March, the MPC is under little pressure to hike rates until it has more data, particularly if inflation looks to be heading towards its 2% target. If there is an interest rate hike at all this year it now seems unlikely it will come before October.”

While on the subject of GDP, Equiniti discovered there was a close correlation between the strength of the economy and in how much businesses are willing and able to borrow. With GDP not growing as quickly as in previous years, invoice finance, for example, has seen a slowdown. 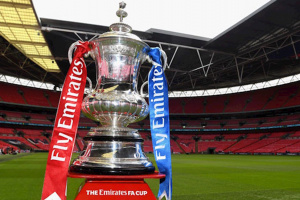