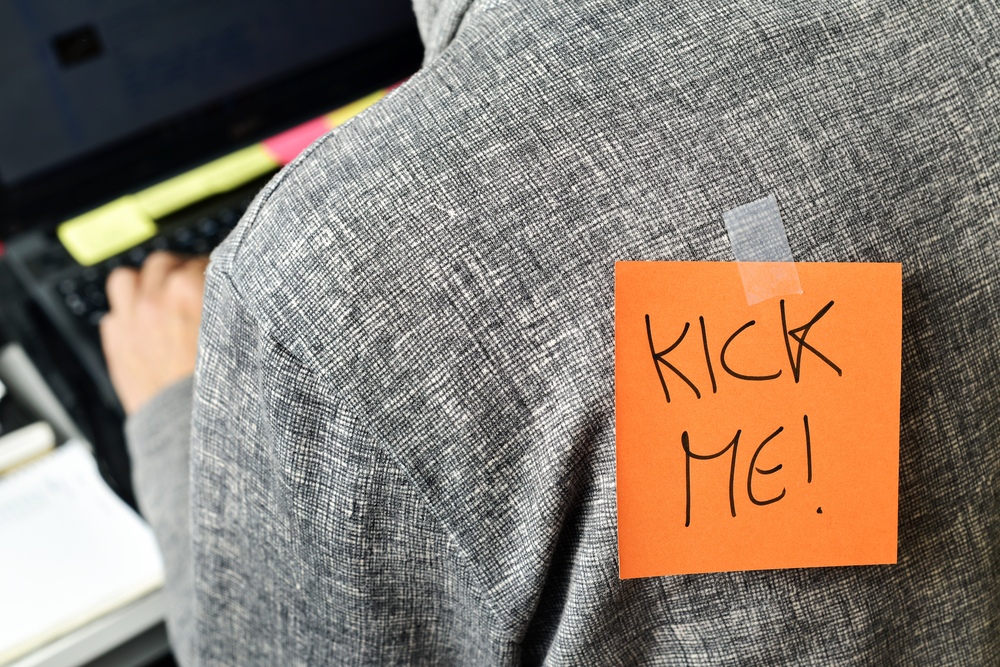 The study came from betting site Lottoland, which surveyed UK adults across the country for a fair assessment of the nation?s childishness.

According to the findings, one in ten participants have been injured in attempt to pull a prank, with 86 per cent admitting they?d copied material seen on the internet. We?re looking at you, Johnny Knoxville. A fifth said they were playing pranks on someone that stitched them up last year, while the injuries sustained include fractured bones, burns and deep cuts. Some 66 per cent of respondents confessed a plan to pull a ?joke or harmless prank? on acquaintances. But taking the antics into the workplace, half said the pranks would be directed at colleagues ??that?s higher than 37 per cent of partners and 24 per cent of friends set to be the butt of jokes. To that end, it?s probably wise to stay vigilant of shifty co-workers ? these are the five pranks most likely to be played: (1) Prank calls ??38 per cent (2) Fake announcements (proposal/pregnancy etc) ? 26 per cent (3) Social media hijacking ? 17 per cent (4) Hidden items/belongings ? 14 per cent (5) Tampering with equipment (e.g. mouse, keyboard) ? 11 per cent

?April Fools’ Day is traditionally a time to play harmless practical jokes on one another, but with the ever-prevalent popularity of viral videos being shared globally on such social media platforms as Twitter, Facebook and Vine, there is the increasing worry that people will take their prank-playing a little too far each year,? said?Nigel Birrell, CEO of Lottoland.co.uk. It pays to play in the workplace, with a plethora of psychological benefits from a fun working environment???however, it?s probably safe to assume that leaving your workmate en route to the hospital will not go down too well. By Zen Terrelonge
Image: Shutterstock