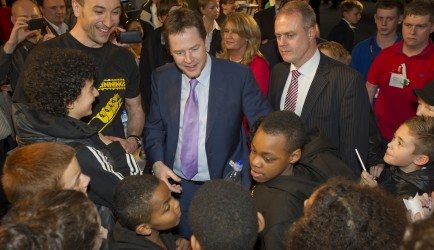 This is not the first time that banks have been accused of favouring white or Asian-owned businesses over black-owned ones when it comes to loans and accounts. The argument has been simmering for well over a decade.

But is it fair? The various aspects of this story seem to weigh against each other. First there are the stats, namely that only a very small proportion of the black workforce is self-employed ? perhaps, one wonders, because they can?t get funding? Then there are the demographic trends which form the main rebuttal banks voice to excuse themselves from blame. There are lots of black-owned businesses, but they are the wrong type to require or justify funding. This group of people specialises, they say, in family-owned community businesses: hairdressers, restaurants, nail salons and retail outlets that earn an income for the owners, but don?t necessarily provide fertile ground for growth. And then there is the logical ?common sense? argument: banks are interested in successful businesses because they want a return on their investment. Creed nor colour comes into it because banks are singularly focused on profit, so other factors must be at play. The third point is the most convincing of the lot, especially set against a backdrop of bank-blaming which has trended ever since the start of the credit crunch in 2007. Banks don?t care; they just want money ? so why should they be racist? Nick Clegg?s investigation into banking practices will no doubt throw up a range answers to this complex question, but here?s one you won?t hear: it?s Nick Clegg?s fault.? Just as convincing a reason for the small number of successful black-owned businesses is the lack of opportunity or working stimulus programmes in black communities. Government support is essential to get the entrepreneurial spirit whirring, and it is lacking. So if the black community is missing out on its fair share of business superstars, who should we blame: the banks or society itself??