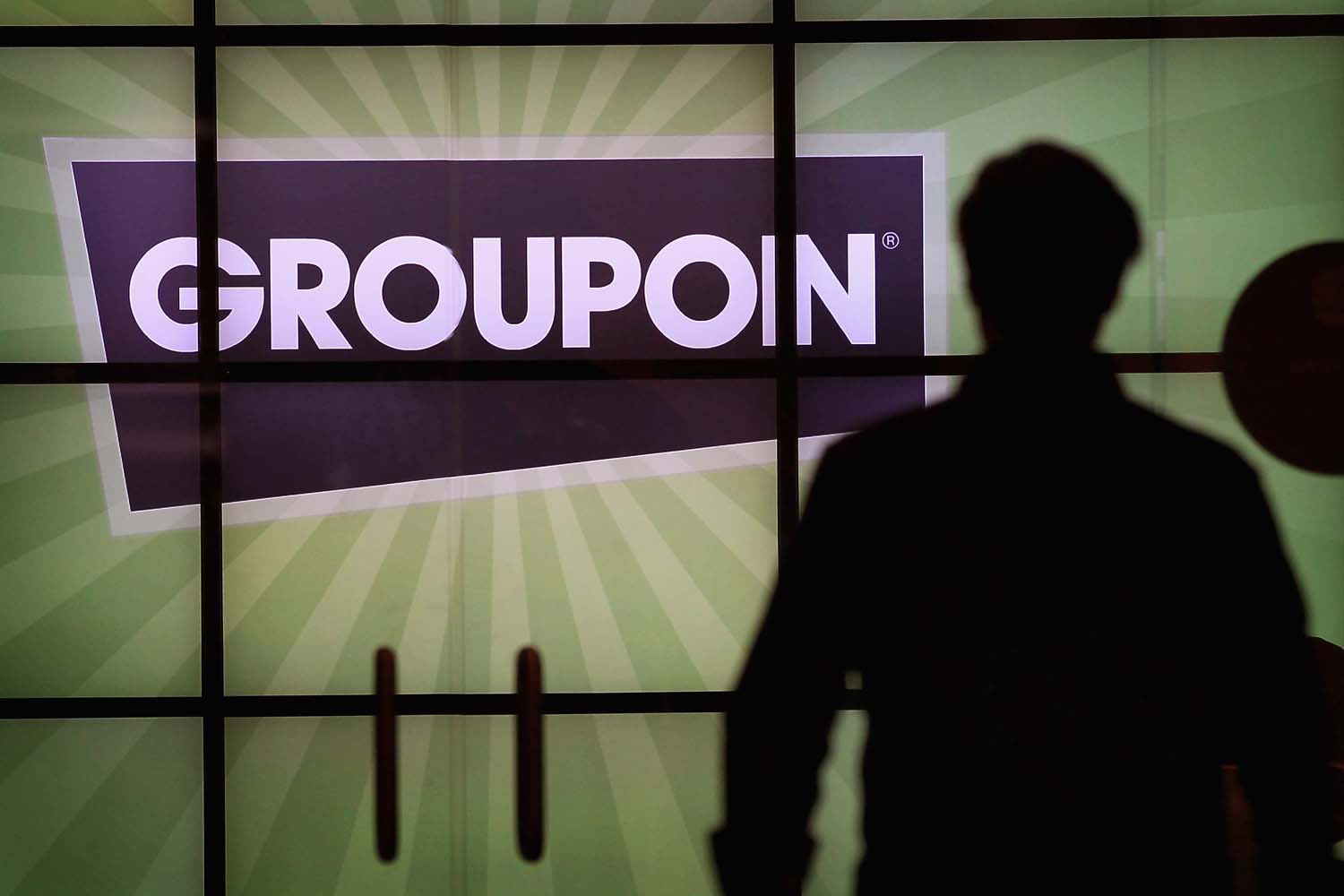 Early?reports?suggest that Groupon will be valued at around $12bn when its shares go on the public market today.

This is higher than the?$6bn offer they got from Google around a year ago that they famously turned down.?It is also much lower than the earlier forecasts, fuelled by their CEO Andrew Mason, that were in the region of $25bn. Some people are suggesting that the lower valuation is now a good buy and apparently demand for shares is high. I think this is at least in part down to the pent up demand to buy into any social network type companies and I have to say that I have some real concerns about the future of this business. First, Groupon has been growing amazingly quickly. In just three years their revenues will be more than $1bn for 2011 and they have assembled a global workforce of 10,500 people. This makes Groupon quite simply the fastest growing company ever based on these measures. In some ways this has to be seen as a really positive thing. If a company can achieve this in three years then surely the sky is the limit moving forward as a public company? I?m not so sure. The revenue growth has been jet propelled by huge sales and marketing budgets and I really don?t think this is sustainable. Indeed their latest figures suggest their revenue growth is already slowing. They greatly reduced the marketing spend in the last quarter mainly it seems to reassure investors that they could bring costs under control. But if that means growth slows then you have to ask the question ? is Groupon?s amazing growth only sustainable by spending huge amounts on marketing therefore calling into question whether the business can actually make any money? It seems either growth will slow or the business will remain a long way away from making a profit and yet investors will demand both over time. Their headcount means that they have hired 14 people per business day since they started the company. This is simply staggering when you think about it. Having been through some real growth myself with MessageLabs I really doubt whether you can grow a company this quickly and at the same time have solid foundations in terms of both the shape of the organization and the quality of the people. I know from friends working there that things are moving at brake-neck speed but they have real concerns about whether the work being done is solid and sustainable. But my bigger concern is a more intuitive one. I have met very few merchants or users who really love Groupon. I?m a big believer in the Warren Buffet philosophy that if you understand something, and you and your friends use it and love it, then that?s a pretty good indicator. I don?t see this at Groupon and something just feels wrong. Out of their 150 million email users in their database only 20 per cent have actually ever bought anything and only 12 per cent are repeat customers. This seems like a pretty poor level of user engagement and makes you question how many really valuable, loyal, repeat customers they can foster. I think one of the main reasons for this is that the company has not invested in a good relevancy engine that allows them to match up offers to people based on what they know about them and really drive things in a more personalized way. There is also much more competition in the daily deal market than there used to be from the likes of Living Social but also industry heavyweights like Google and Facebook. Another reason is that the daily deal thing is a bit of a craze and some people just move onto to the next big thing. On the merchant side the negative sentiment seems to be even stronger. I don?t think that merchants can really make money from the offers and there are also really cashflow issues as Groupon takes a long time to pay them back. So they have to be sure that the offers are making more people aware of the product and generating new, longlasting customers who will come back and pay full price. And I really don?t see this happening. I like their vision to be a ?the internet platform for local merchants? allowing them to communicate a range of promotions and offers to new and existing customers on a regular basis. The model is convenient for users and for the merchants it can raise awareness for new products, fill out unused inventory and also reward loyalty. I have no doubt Groupon has invented a whole new distribution model for merchants and that they can continue to grow revenues. But just how big and how profitable they can become remains in doubt. Wall Street value three things more than anything else ? growth, profitability and predictability. And Groupon has so far only proved it can do the first of these. With all this in mind I just wonder whether Groupon best days are already behind it.