The words uncertainty and Brexit are now sadly, but predictably, synonymous with each other. Just like Laurel & Hardy, Morecambe & Wise and Pete & Dud. Although the difference is despite the best efforts of our current crop of comedians – and I’m not talking about those jokers in the House of Commons – it’s proving difficult to find anything to crack a smile about.

Unless that is, its observational humour based on our so-called elected representatives who, as we slide in a paralysis of indecision towards a ‘No Deal’, don’t appear to give a flying Farage about the future of this country.

Does Brexit mean bust or is it not a problem for SMEs?

There have been two conflicting studies published recently, one of which suggests that, despite the uncertainty, SMEs across all sectors expect to report significant sales growth over the next 12 months.

This seems poles apart from research published in the journal Regional Studies which concludes that the number of SMEs which view Brexit as a major obstacle to success has risen significantly since the June 2016 referendum.

As the owner of a successful family-run SME myself, I’m not going to dismiss the optimistic spirit of those business owners who are facing up to a future outside the EU with that traditional British spirit of determination and resilience.

After all, that’s the principles on which SMEs are founded on and that’s why they are the backbone of this country’s economy. Owners of small businesses are used to responding to changing situations and have overcome and survived past disasters, such as when the greed of the big financial institutions sent this country spiralling into recession.

Now they are facing up to a much greater challenge based upon a vote in which 17.4m voted to leave the EU as opposed to the 16.1m who wanted to remain. A lot has happened since that snapshot in time on June 23rd, 2016, given that much of so-called Project Fear is already coming to pass.

Let’s not beat around the bush: Brexit makes profits plummet

Even my old sparring partner, Wetherspoons chairman and Brexit poster boy, Tim Martin, has seen profits at his nationwide pub chain plummet by 19% during the six months to January. Ever the entrepreneurial optimist, Tim expressed concern that if Brexit is reversed it would trigger “adverse economic consequences”.

It seems to me the opposite is true and that he is already experiencing those same adverse economic consequences. The research carried out by Ross Brown and John Wilson from the Centre for Responsible Banking & Finance (now, there’s a novelty!) at the University of St Andrews and Jose Linares-Segerra of the University of Essex is based upon one of the largest surveys of the attitudes of UK SMEs ever undertaken.

It found almost a quarter of those surveyed in 2017 viewed Brexit as a major obstacle to their success, up from 16 percent in 2016. And that was in 2017! The areas which are most badly lacking in confidence centre on investment and exporting. It reported that plans by SMEs for future capital investment have been reduced by 62%, while plans to increase exports have been scaled back by 77%.

Uncertainty is clearly bad for business

The research found the largest factor for SMEs is the uncertainty surrounding future regulatory change with 74% saying this is a concern. Micro (81%) and small SMEs (80%) were particularly concerned. Dr. Brown is quoted as saying: “SMEs represent a core part of the UK economy and are crucial for job creation, innovation, and productivity growth.

They are also disproportionately impacted by uncertainty.” Too right! At last, someone talking a bit of common sense! By way of a little balance (as I’m a fair-minded bloke), research by Skipton Business Finance is predicting an average 25% sales growth for SMEs in the UK during the next financial year.

A third of those businesses (35.9%) questioned also said they could see themselves hiring more staff while a further 42.62% said it was possible. It does say it all though when even the boss of Skipton Business Finance admits he was “shocked and surprised” by the results. Maybe, it was just an early April Fool. But at least it raised a smile with me – even if it was a wry one! 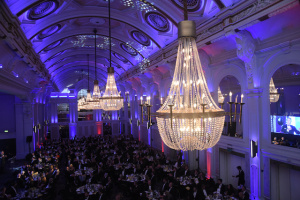 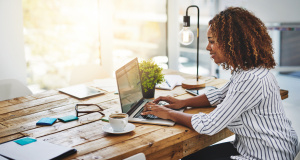 Small is beautiful – let’s redefine how we measure entrepreneurial success