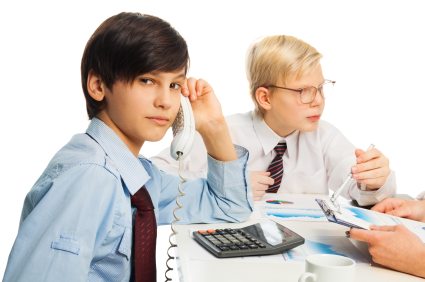 A world before social media is hard to imagine, seeing as it officially changed our daily lives. That’s certainly a lot of power for online ventures such as Facebook and Twitter. In the social media space, they look like veterans – but out in “the real world” they would still be considered young companies.

It’s easy to forget that they have been around for less than a decade, much like other companies we now consider essential parts of the digital world.?

Can you imagine that all these businesses have yet to reach their teenage years?

At the end of its first month online,?LinkedIn?already had a network total of 4,500 members. On January 9th this year, LinkedIn surpassed the 200m member mark. The site is visted by more than 50m unique visitors, of which two new members join per second. Furthermore, 35 per cent of LinkedIn users use the site daily. It has also been calculated that LinkedIn grows nearly 40 per cent year-on-year! According to Simply Zesty,?LinkedIn is 277 per cent more effective than Facebook and Twitter at lead generation for businesses.

As of last year,?Skype?has reeled in 663m registered users. The company recently announced that it deals with 2bn minutes in calls every single day.

Within 24 hours of Facebook’s launch, 1,200 Harvard students had signed up. Facebook now boasts 1.06bn users, 23 per cent of which check in five times a day. If Facebook were a country and those 1.06bn its population it would be, according to?Qualman, the third largest country in the world.

Since Twitter’s launch, about 163bn tweets?have been posted. An astounding 460,000 new accounts are created every day, raking up an average of 177m tweets sent per day. The average user has, on average, tweeted 307 times.

There are currently 102m?Tumblr?blogs and the total number of posts to date is 44.6bn. If young adults and teens are part of your target demographic, then this is the place you need to be. According to Realtime Report, Tumblr is used regularly by 61 per cent of teens and 57 per cent young adults it surveyed for a report this year. Between September 2011 and May 2012, Tumblr doubled in size.

The number of paying?Yammer?customers increased by 165 per cent in 2012. The site has surpassed 7m registered users, a record number of 290 having been added to the total at the end of 2012. Sales are quadrupling year-after-year, says to Microsoft.

Foursquare is quickly becoming a social media marketing must-have. With over 30m users worldwide you might need to think about getting your business out there. Of the 40m venues available to check into, 1m of them have registered onto the app.

For such a young company,?Instagram’s 1,000 comments per second are quite an impressive achievement – especially as it is a mobile-only site. In less than three years the platform has gained 90m users, who are posting 40m photos a every day.