A business colleague, while clearing out his attic, came across the following cutting taken from the Financial Times (FT) of 17th January 2000: “A London based fund manager has reached some conclusions as to the relative worth of some nationalities. It’s all worked out by dividing countries’ market capitalisation by their population, and it seems to show one Swiss is worth 3,761 Nigerians, a single American is worth 2 jumbo jets filled with Kenyans or Pakistanis (nb: written pre 9/11) while one Israeli is worth 45 Iranians”.

We looked at each other and our first reaction was to wince and say wow, I bet the FT wouldn’t dare publish that today. But why not? Our politically correct antennae would twitch nervously but actually the research is intentionally funny and a great way of getting the reader to open his eyes. The author, Blakeney Asset Management, is a well- respected investor in Africa and its message is that the low valuations of those emerging markets means these countries have plenty of potential.

The power to laugh at religion took a horrific, brutal, knock in Paris. The persistence of some of the remaining cartoonists left alive there has led to a fearful mobilisation of armed police guards on the streets of cities all over the world. 35 years ago there was outrage among many Christians when Monty Python’s Life of Brian satire on a child born in Nazareth being mistaken for the Messiah was released.

Actually the power of its laughter delivered some very serious and effective messages, as one reviewer pointed out: “This movie abounds with the longest list of priceless scenes in cinema history – opening with a Sermon on the Mount for the aurally dyslexic and ending with a petty debate about whom gets crucified next to whom – in which political correctness, resistance to progress, terrorist cell infighting, religious schism, social snobbery, feminism, chauvinism, imperialism, provincialism all take hard punches to the nose.”

Indeed, the Reverend Professor Richard Burridge, who a year ago Pope Francis presented with the Vatican’s top theological award, the first non Roman Catholic to receive it, praised the film saying, “What they did was take ordinary British people and transpose them into an historical setting and did a great satire on closed minds and people who follow blindly”.

Britain’s one full time female Muslim comedian, Shazia Mirza, writing in last week’s Financial Times said “My faith is indestructible. I question it, laugh at it, even doubt it. It’s important to ridicule things in order to understand them and that’s why it is important to satirise Islam… if you can do that and allow others to laugh along, people will warm to you. They will learn about you instead of seeing you as outsiders they don’t know much about. They will accept you, and you will prosper more easily”.

Yes, and why shouldn’t there be satire in the workplace as well? For example, I rather think that most highly paid FTSE 100 executives, together with their brethren forgathering in Davos this week, continue to use a stultifying mixture of fear and political correctness to govern their employees. Actually they could learn a lot from the event that took place when I was incarcerated at a very austere house of learning in the 1960’s – The Repton School Pedants.

This was a pantomime performed by all members of staff that sent each other up and satirised some of the more notable school goings on of the time. It acted as a wonderful diffuser of tension (Paris was then in the news for the 1968 student riots and Lindsay Anderson had just release his seminal film “If”) and helped bond teacher and pupil. The Pedants are still going strong to this day.

Demonstrating an ability to laugh at their own foibles and mistakes and encouraging their workforce to make fun of such could just produce the positive results that Burridge and Mirza, and even Repton School, highlight. Step forward “Drastic Dave” Lewis at Tesco? 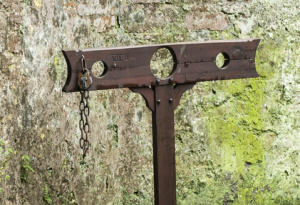 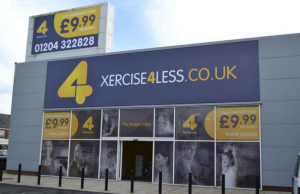