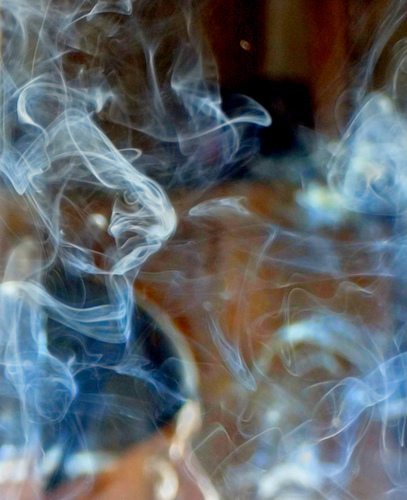 Some 42 ago, two young psychologists, John Darley and Bibb Latan?, performed an interesting experiment. They brought in some volunteers and asked them to fill out a questionnaire.

While they did so, the room they sat in slowly filled with smoke. The psychologists weren?t interested in the questionnaires ? they were a feint. What they really wanted to know was: how would the volunteers respond to the smoke? Were they more likely to respond if they were alone or in a group? The results were shocking. Left alone, individuals quickly got up to seek help. But in a group, volunteers just sat there, plugging away, diligently answering questions until they could scarcely see them. From this, and other similar experiments, Darley and Latan? defined the ?bystander effect?: the more people witness an emergency, the less likely it is that anyone will respond to it. I was reminded of the bystander effect a few days ago when I sat in a company meeting devoted to climate change. How was the business going to reduce its carbon footprint? Most of the young managers were keen to commit to the 10:10 campaign to demonstrate their determination to cut emissions by at least ten per cent. But as soon as the meeting turned to detail, it got tricky. Did it mean not flying to meetings that might close new business deals? Sending fewer people to the Singapore conference? What about plans for US expansion? Everyone wanted to cut emissions as long as doing so wouldn?t threaten growth. It was as though the room had filled with smoke; everyone sat there, paralysed. It was disappointing to see a supposedly nimble small business get so stuck, when bigger companies are making progress. B&Q is one such example, reducing packaging, turning off lights, and changing its product line. Using double-decker trucks means it can transport more goods using less petrol. The business can see that cutting emissions means cutting costs and its green agenda has cut out a lot of fat. But making its big-box stores less wasteful will be difficult and expensive. Nevertheless, its goal now is to reduce emissions by 90 per cent by 2023. It?s an audacious target but if a tanker like B&Q can turn around, surely smaller ships can too. The hardest part of climate change is the way that it challenges our ideas of growth. If cutting emissions means slower growth, are you still committed? If not, what trade-offs are you willing to make? Is slower growth that lasts longer sufficient reward? It?s very fashionable to argue that curbing emissions won?t really hurt, but I smell a rat. It?s like a car salesman saying the bigger, more expensive car will save me money because it will last longer. These are have-your-cake-and-eat-it arguments, manufactured whenever serious commitment is required. But I don?t buy them. And, I suspect, one reason companies haven?t made great progress with climate change is because they don?t buy the arguments either. Instead of playing to peoples? inertia, it might be more inspiring and credible to come clean and ask for sacrifice. To make an impact on the climate, every firm will have to take decisions that increase costs or reduce short-term profits. Perhaps that means success will be more about steady growth. Or maybe it means fewer trips and a little less luxury. I do know that unless we start having adult conversations about palatable trade-offs, we?ll all be sitting in smoke-filled rooms, waiting for someone to make the first move. Fortunately, Darley and Latan? discovered that it takes very little to call bystanders to action. The simple act of asking: ?What should we do about the smoke?? got people opening windows and calling for help. Everyone wanted to do something; they were just waiting for their cue. Image source