For the past four years, businesses and nations have had to deleverage, reducing their debt addiction and stripping out costs in a desperate bid to return themselves to a state in which their earnings outweigh their creditor obligations.

The great deleveraging has been, and continues to be, enormously painful, but the long-term outcome – of economies with a balance sheet that actually balances – simply must be achieved.

In a similar way, a behavioural detoxification is under way in business behaviours. Speak to any forward-thinking leader right now, and you’ll hear words such as transparency, integrity, openness. Traditional corporate, command-and-control leaders can scoff as much as they like, but a new generation of leaders is emerging, and their first task is to rid their organisations of much of what’s gone before. It’s leadership renewal, and it’s taking place everywhere.

It is, in many ways, a “re-leadership” – both organisational cleansing and, fuelled by the new democracy of social media, up-ending the logic which says that leaders tell people what to do.

As we discovered directly from Deputy Prime Minister at our Real Business Women of the Future Summit this week, there’s awareness of this new “re-leadership” at the highest levels of government and corporate life. Most of all, it’s being led by high-growth firms in the rump of the UK economy.

So, are you a re-leader?

Here’s how to tell, and what you should do to make yourself one:

Do you accept that old models are broken?

We live in a world of “damage”, says environmental businesswoman Kresse Wesling, co-founder of Elvis & Kresse, which recycles waste (such as firehoses) into high-end fashion accessories, and then gives half of any profits generated to an associated charity (in this case, the Firefighters’ Fund). The new generation not only recognises environmental damage as a global priority, but then dedicates their own resourcefulness and energy to revering the trend.

The impressive young entrepreneur, Shireen Irani, talks of “a world of shatter”, but which can be salvaged by the application of technology. She started her business on the assumption that many lawyers are driven by a desire to make justice more widely accessible. Her iProBono web platform connects lawyers prepared to do pro-bono work with causes – and cases – that would not otherwise be able to afford to go the legal route.

The same instincts drove Susan Dunn, founder of Harbour Litigation Funding (shortlisted for this year’s First Women Awards), which recently raised a £120m “alternative litigation fund”, which provides financial backing to litigation claimants such as individuals and SMEs, which might not otherwise be able to afford to pursue their claim. (Harbour takes a share of the proceeds only if the claim is successful.)

Deputy Prime Minister Nick Clegg talked at our Women of the Future Summit of our “complete blindness” pre-2008 that led to the creation of a “profoundly unbalanced” UK economy. No wonder the impulse for new-generation leaders is that old models need fixing.

Do you wear your difference with pride?

It may look slow at the quoted FTSE end of things but out in the real-world, most businesses are shaking off the old-boys’-club way of doing things.

Already, since Lord Davies’ report, more than 100 female directors have been appointed at FTSE 100 businesses. (This number comes with a health warning, as Credit Suisse’s Marisa Drew points out, because many of these are non-exec appointments, rather than executive directors.) But the momentum is clear: CBI director-general John Cridland says that “diversity needs to be achieved at all authority levels”.

“Balance” is the word most used in these debates. How can it be that in the electrical contracting sector, worth a startling £17bn in the UK economy, just one per cent of the workforce is women? That’s just weird.

Are you crazy and argumentative? (You should be)

Rather than mounting up debt during her student days, Zoe Jackson set up a business, Living the Dream Performing Arts. To subsidise her course fees, she decided to produce shows that would provide a spotlight for young people’s talent. She was instrumental in persuading the government to launch the Youth Enterprise Loan, announced in the March 2012 Budget. She’s one of the UK’s most passionate champions of the talents and potential of the oft-criticised teenage generation.

Speaking at the Women of the Future Summit, Jackson described her role in the burgeoning business as “to ensure that we stay crazy and have a bit of a laugh.” While her company has ambitious goals, it must stay in tune with the culture and aspirations of its team; all its performing arts teachers are themselves teenagers.

Running a very different business, Stephen Fear also has a contrarian view of management. The serial entrepreneur and new entrepreneur-in-residence at the British Library’s Business & IP Centre, poses a question to other business owners: “does everyone in your business agree with you?” His answer is: they shouldn’t. In his internal board meetings, individuals are tasked with being “devil’s advocates” to interrogate new strategic decisions. “I encourage arguments to ensure we’re all on board with the decisions we’re taking”.

Do you have a cause?

Thomasina Miers, founder of the growing Mexican restaurant chain Wahaca (and former Masterchef winner), says businesses must have a cause. Hers is to campaign against regulations that bans restaurants from feeding pigs with waste food.

Elvis & Kresse founder Kresse Wesling says that future business is about “honest, transparency, sustainability and narrative”. Customers want to know that you stand for something, she insists.

Farah Pandith, appointed by Secretary of State Hillary Clinton as US special representative to Muslim Communities, believes that public service is “the next frontier”.

Sung-Joo Kim, the remarkable Korea-born entrepreneur, who brought global brands such as Gucci and M&S to Korea, and transformed the dying German MCM brand into a global luxury icon, said at this week’s Asian Women of Achievement awards that she would dedicate her significant wealth to North Korean women and children. Now that’s a statement.

For the business community to reclaim the public’s trust, buffeted after four years of credit crisis, economic downturn and austerity cuts, it must show that claims to be the true “wealth-creators” are well founded. If a business creates wealth for its shareholders alone, it will be hard to counter those objections.

Real Business is a proud co-host, with Pinky Lilani OBE, of the Asian Women of Achievement awards programme, run in association with RBS: and the inaugural Women of the Future Summit, supported by Credit Suisse, Argonon, Yum Restaurants and Said Business School. 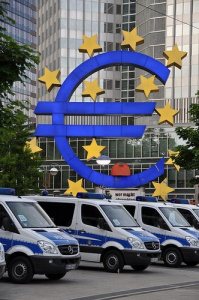 What’s going on in Europe and what should businesspeople do about it? 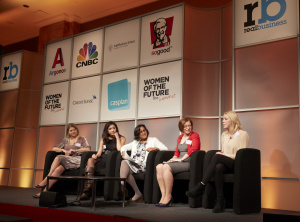