More than a quarter of UK men report that they drink over the recommended maximum 21 units of alcohol a week, with 17 per cent of women doing the same. Furthermore, drugs and alcohol are a contributory factor in 26 per cent of the workplace accidents that cost the UK economy over £4bn per annum. But should what employees do in their lives outside work concern employers? The answer, in this case, is “yes”.

The above statistics from the CIPD echoes research conducted by Concateno in 2012 that revealed at least 1,000 workers had drugs in their system.

But despite the plethora of guidance available to help employees disguise the symptoms that come hand-in-hand with taking drugs, workers have started to pick up on signs clueing them in to when a colleague sneakily had cocaine in the toilet – one employee revealed having found a packet in a Crossland Employment Solicitors study and went on the prowl to find out whose it was. Others were cited as having found out an employee was smoking cannabis in a status about it on social media.

While it may be difficult to prove 100 per cent that a colleague is coming to work high, or coming down, it hasn’t stopped a few employees – 35 per cent – from suspecting colleagues of taking illegal substances.

This, according to 60 per cent, was made evident through a plethora of mood swings, missed deadlines, strange workplace accidents and a myriad of sickies with excuses that aren’t always too well thought out – all of which have inevitably affected team performance in some way.

But guess what? They may be right – some 20 per cent have admitted to having done so. The research found that those who confirmed the intake of drugs, injected or smoked illegal substances during the weekend and holidays, with 12.5 per cent suggesting they took drugs every week. Furthermore, while several employees claimed they had to pick up the slack for those doing drugs, 45 per cent of those consuming them agreed that it affected their performance in a negative way.

This included making them feel down or depressed, tired at work, “feeling sick” , “generally unwell”, or according to a select few, actually “increasing productivity.”

In fact, Stephen Ross of the Centre of Excellence on Addiction at NYU Langone Medical Centre claimed stimulants, in general, increased productivity in terms of decreased fatigue and increased sustainability of work effort. Now there’s a highly controversial productivity tip for you!

Furthermore, 23 per cent admitted they had done something illegal to fund their drug use either in or outside of work, with 12 per cent saying this involved work stock or cash. Some 46 per cent also confirmed they were aware of the potential disciplinary action that could be taken against them.

Beverley Sunderland, managing director of Crossland Employment Solicitors, said: “We were surprised by the number of people who know or suspect their colleagues have a drug problem and the multitude of ways they are having to cover for their colleagues’ performance, but we were totally shocked by how many admitted doing something illegal to fund their drug use.

“And while some are very aware what could happen if they were caught, another 35 per cent were unsure of the exact grounds and consequences of any action by their employer – showing that there is big difference between organisations in how clearly they’re communicating their policies on the issue.

“There has been a noticeable shift in recent years in how the majority of employers handle substance abuse, from previously treating it as a disciplinary issue towards a more supportive approach where it is treated like an illness. However, all organisations should have a detailed policy in place and clearly communicate it to employees.”

As the dust begins to settle on the revelations that female tennis star Maria Sharapova failed a recent drug test, the issue of the big endorsement deals making up the lion’s share of athletes’ earnings has reared its ugly head. 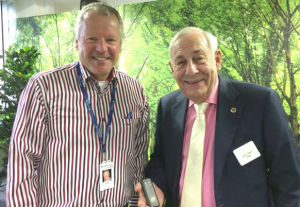 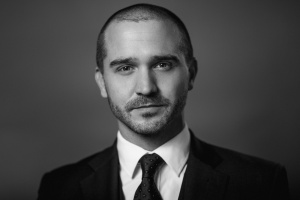