Arjun Rajyagor has been named the winner of the first season of Junior Apprentice, winning a £25,000 fund to help him kickstart his career in the future.

Last night, Arjun Rajyagor was paired with Tim Ankers as joint project manager and was asked by Lord Sugar to create a branding and advertising campaign for a bottle of water.

Previously famed for being a “calculator basher”, Arjun Rajyagor impressed Karren Brady with his creative skills by taking control of the filming of the advert. Choosing the shots and directing the actors, Arjun unleashed his flair to show that he was more than just a “mathmatics man”. During the pitch for the brand “A Bottle of Water”, Arjun Rajyagor handled the questions about the simplicity of the brand with confidence.

In the main boardroom, facing Lord Sugar, Arjun Rajyagor detailed his past achievements in various business ventures, from being a head prefect to fixing computers from his house. As the tension mounted, Lord Sugar announced Arjun Rajyagor was the first Junior Apprentice winner, beating runner-up Tim Ankers.

Whether you were a big fan of Junior Apprentice or not, you cannot ignore the talent and skills that the finalists displayed in their pitches. Don’t forget they were all under 18 – and still faced (some) hard questions from seasoned adult businesspeople.

Sure, maybe Junior Apprentice wasn’t as exciting as the normal format of Apprentice, but you have to hand it to the kids – they’ve got skills. If these kids represent the future of Britain, we’re all in safe hands.

Education: A levels in physics, maths and systems and control, AS level further maths

Arjun Rajyagor: The feeling of being the first ever winner is beyond amazing. When I found out, I couldn’t believe it – I was physically taken aback and had to double-check!

Never in my wildest dreams did I believe I would win when I first sent off that application form, but now that I have, I couldn’t be more elated. My family and friends have been the greatest support system that anyone could have asked for, and I actually can’t believe that it’s all over.

Arjun Rajyagor: The fund will be fundamental to starting my own business after university, where I’ll also get the remaining qualifications that I require.

The business will primarily focus on working at the forefront of new and upcoming technologies, and will eventually create viable products that will harness the capability of said technologies.

I aspire to, one day, trade with the likes of NASA and Apple.

RB: Why did you apply for Junior Apprentice to start with?

Arjun Rajyagor: I applied for Junior Apprentice because I thought it’d give me the opportunity to display my raw business talent and demonstrate that academies have m ore to give to the world than just booksmarts.

Also, as it promised to be such a large learning curve, it would allow me to learn so much more about myself and the business world.

RB: How did you find your time on the show?

Arjun Rajyagor: It was the most amazing experience of my life and I didn’t want it to end. I know that I’ll never have the chance to experience something like this again, so I ensured that I’d make the most out of every second.

RB: What do you think of Lord Sugar, Nick and Karren?

Arjun Rajyagor: They were all amazing role models and wonderful people to work around. They gave their criticisms and their praises, but they were always fair. They always ensured that we understood how much of an achievement it was that we’d made it this far. They were always supportive and are still, to this day, people that I aspire to be like.

RB: Who do you think was your strongest competitor?

Arjun Rajyagor: Throughout the entire process, it was Tim. He got off to a shaky start but was always learning and rectifying previous mistakes. He fast became a real contender and was the greatest competition anyone could’ve asked for.

Arjun Rajyagor: At the moment I’m studying for my A-level exams in physics, maths and systems & control, while also undertaking AS further maths in my own time. I’m heading to university in September, hopefully to the University of Oxford to study engineering science.

In the future, after completing my masters in electrical engineering, I aim to start up my own company of electrical and electronic engineers and use my ‘instinct’ to start a ‘revolution’.

RB: What have you learnt about business from your experience on Junior Apprentice?

Arjun Rajyagor: From Junior Apprentice, I’ve learnt that business has a lot more elements to it than I initially believed, and that a business dynamic entirely on the team that is running it and their passion towards the service/object being sold. It’s always important to work with people who share your vision and goal and that way, you can help each other to attain it.

RB: What would you say to any fellow young aspiring business people? Any advice?

Arjun Rajyagor: To all the budding entrepreneurs and young businessmen and women out there, I would like to tell you never to give up on your dreams and if you believe that you can do it, then anything is possible.

Just put your all into everything you do and you’ll be successful in all your endeavours. 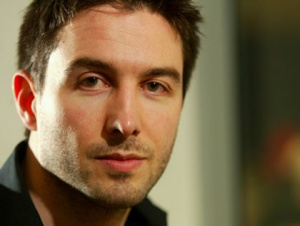 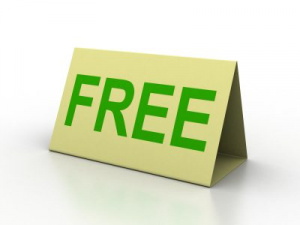