There has been a lot written about so-called “unicorn” companies – those which are worth £1bn or more and are thought to be disruptive and dominant enough to go on to big things. However, there is one thing being worth £1bn, and another £100bn.

For a long time, US corporates with deep pockets and big ambitions have been pretty adept at hoovering up British entrepreneurial talent – either as a way of removing competition or effectively buying innovation off the shelf.

From Google’s acquisition of DeepMind in 2014 for £400m or the purchase of SwiftKey by Microsoft for £174m earlier this year, acquisitions of promising British companies have been on the rise. However, with each passing deal, we lose the chance to see whether one could go on to become the acquirer itself – and truly stake a claim on the global business stage.

It’s commendable that a UK-based company has been sold for billions rather than millions, and ARM has made incredible progress in becoming the de-facto microchip choice for mobile phone makers globally, but it now joins the likes of fellow Cambridge enterprise Autonomy in becoming a “what if”.

What if ARM hadn’t signed on the dotted line with Softbank? Could it have gone on to diversify into new areas, close game-changing deals itself and become a bulging corporate worth more than £100bn. We’ll never really know now – even if the company is not re-shored to Asia.

ARM’s history dates back to 1990, when it was set up as a joint venture between Apple, Acorn Computers and VLSI Technology. It then went on to float on the London Stock Exchange (LSE) in 1990 – becoming a member of the FTSE 100 a year later. In 2008, the business made history by shipping its 10bnth processor chip.

It’s a tour de force when it comes to homegrown talent, showcasing just what has come to exemplify the area in and around Cambridge – what has become know as “Silicon Fen”.

Its other Silicon Fen trailblazer, Autonomy, caused shockwaves in the market when it was bought by Hewlett-Packard for around £8bn in 2011. That deal has since gone down in history as one of the most poisonous in history – with Hewlett-Packard claiming that bosses at Autonomy over-inflated revenues to drive up the sale price.

Let’s hope that ARM does not become an Autonomy, a business which will probably now be better remembered for courtroom battles between stubborn executives.

There is also something to be said about the deal’s context within the fallout of the Brexit vote. Had this deal been closed a month ago, it would have cost Softbank four billion yen – rather than the 3.5bn it is set to fork out. With the pound at its weakest against the US$ for 30 years, does this then mean that other promising British technology companies are sitting ducks?

So what do the experts thing? John Haynes, head of research at Investec Wealth & Investment, has commented: “The announcement of an agreed bid for ARM by Softbank of Japan is the clearest illustration possible of the consequences of the current global currency volatility. Assuming the bid price, Softbank is paying over 25 per cent less in yen terms compared to over a year ago to acquire this crown jewel of UK, and indeed global, intellectual property.”

Dan Ridsdale, analyst at Edison Investment Research, added to this by saying: “An increase in inbound M&A was one of the obvious consequences of Brexit and weakened sterling, but few expected it to manifest itself so quickly or at so large a scale.”

David Blacher, head of technology, media and telecommunications at business advisers RSM, was more chipper, and concluded: “There may be some shock in some quarters about the loss of ARM’s independence, and dismay that the UK is failing to establish its own tech giants to rival the likes of Google and Apple, but the mood music from the acquirer suggests they are committed to growing the UK business, and this could be good news for the wider UK tech scene in the longer term.”

It’s perhaps apt that one of ARM’s early driving forces, Herman Hauser, came out and told the BBC he was pretty “sad” about the new development.

Speaking with the BBC, he said: “ARM has been the proudest achievement in my life, and this is a very sad day for me – and I think a sad day for technology in Britain.

“It is the loss of independence, ARM is really the last British company that has global reach. It is in 95 per cent of mobile phones and has 400 licences, which are all the semiconductor companies in the world. 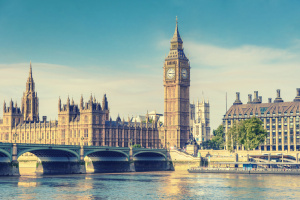 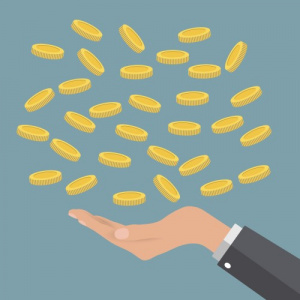 Brexit and the new Markets in Financial Instruments Directive