The football club signed an advertising deal in April with Chinese electric car maker BYD, which has among its backers Warren Buffett. As deals go, it was legitimate and clearly intended to bring benefits to both parties.

Since then, however, Arsenal has disclosed that its deal with BYD could be affected by fraud: a fraud that involved the car maker being duped by a person who posed as an employee.

That person has somehow able to conduct marketing activities in BYD’s name over three years. This included signing deals with dozens of its trading partners. Arsenal said it is investigating the situation while talking to the company’s senior management.

Time will tell just how this person was able to do this – and what gains were made from the fraudulent behaviour. It’s an incident that underlines the opportunist nature of those who seek to commit investment fraud.

It may sound like obvious advice but anyone looking to invest in a product, scheme or company would be strongly advised to carry out thorough checks on whoever or whatever is seeking their finances.

Anyone looking to sign a deal has to provide proof that what is proposed is a worthy investment and give a detailed breakdown of who is set to benefit – and how.

Many may feel that such an approach is beyond them and shy away from it, believing they lack the necessary expertise. This is understandable. After all, they are in business to do deals rather than play the role of investigator.

But often business requires investigation. If such investigations seem beyond the abilities of a company or an individual, they should seek legal advice.

If investment fraud is identified, those who recognise it have a number of options. They can report it to the authorities and let them investigate and decide whether to bring a criminal prosecution. Alternatively, they can bring civil proceedings against those they believe have committed the fraud.

In the case of Arsenal and the BYD, little information has been divulged about how this person was able to convince the people he was looking to defraud that he was a bona fide representative.

No doubt the car maker and all those that were defrauded will be looking to see how it was allowed to happen.

As the investigation unfolds, it may discover that due diligence was not carried out by some or all of the companies involved. This could be because individuals failed to make the proper checks that they were required to do in accordance with their position within a company. It could, however, be because the company had no such system in place.

This is another area where companies have to take the necessary steps to “fraud proof’’ their operations. Yes, checks need to be carried out. But they need to be part of a wider, systematic approach to fraud prevention. Such an approach involves making sure staff are aware of the risks (and the signs) of fraud.

This can involve staff training. The right approach also requires a clear whistle blowing and investigations procedure, so that any of the company’s staff, representatives or trading partners know they can report any suspicions of fraudulent activity in the knowledge that they will be taken seriously.

BYD’s promotional push may have stalled in the wake of this problem. Arsenal – and any other BYD trading partners affected by this – may feel they have suffered a public relations own goal or even a damaging loss.

But there are many other players in the business world who could learn from this…and toughen up their fraud defences. 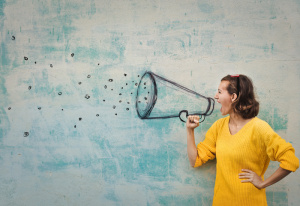 The future of marketing – there may be no silver bullet, but where should you place your bets? 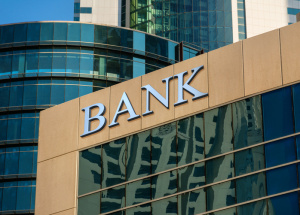