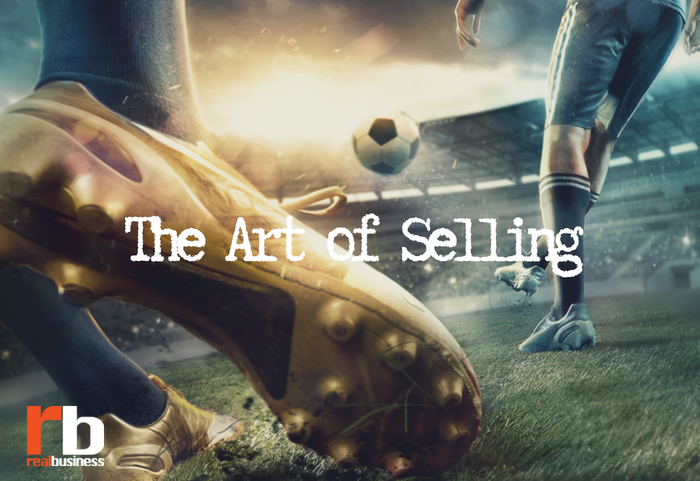 Share via
What makes a team capable of realising its ambitions? This has been a much-debated question over the course of the recent World Cup (and is naturally a rather touchy subject for us Italians). Here is my pick of the top parallels between the way a manager of a world-class football team – I’ll swallow my pride and take England as the example! – and the manager of a growth-orientated SME achieves success.

It’s noticeable that Gareth Southgate’s team is drawing as much praise for ‘reconnecting with fans’ as for reaching the semi-finals. This is a great reminder that engagement with your audience is an inherent part (and a laudible outcome) of any campaign – even if overall results will be quantified by hard numbers. Getting your customers to connect with your company on an emotional level and become passionate advocates of your approach will reap long-term rewards, helping you to gain more followers, build loyalty and lift your own team’s aspirations. Who wouldn’t be inspired to raise their game and exceed the expectations of a highly supportive, engaged and appreciative audience?

I believe that one of the success factors behind the current England team’s new-found connection with fans is the manager’s own journey and personally engaging demeanour. Originally he wasn’t considered a contender for the permanent role but has evidently grown into it – which has perhaps helped endear him to the public. He conveys a sense of professionalism, pride and integrity, being serious-minded and analytical yet open in interviews and not afraid of showing emotion on the touchline. Does your company show its human side? What are your values and how do you convey them? These matters are growing in importance in the minds of customers across all industries as they seek more of an affinity with their chosen brands.

It’s been said that this England side gels very nicely as a team – they seem to enjoy playing together. Having lived here for years I know full well that team cohesion has been a sore point for many a previous squad. In fact commentators have observed that the current players almost look like a club team who play together week in, week out. That’s some testament to the manager’s team selection skills as well as unifying powers. Have you got the right players on your team? Do they work well together, and importantly, get on well? Once this human angle has been addressed, it’s worth considering whether you have a powerful (and popular) enough technology solution in place to optimise team work. If nobody likes using your sales management system, joined-up working and knowledge-sharing will be the casualties.

What’s more, it’s obvious that the England players have confidence in the boss. Not only does this mean being on side with tactics, it extends to the way they feel personally supported. One of the players has described how ‘fantastic’ the manager was to let him fly home for the birth of his child before a key match – showing flexibility that often wasn’t granted to players in previous years. Ensuring that you are adopting this style of modern management will pay dividends in terms of loyalty, respect and trust and will help you get the best out of your team.

It’s taken a new generation of players to instil belief, confidence, enjoyment and positivity into the England camp. Some have argued that they are able to play more effectively because they are not burdened by the expectations that faced previous teams, nor weighed down by the baggage of previous tournaments. Could you benefit from shaking things up and bringing in new blood? Would younger team members bring additional skills, particularly in the area of digital, to give your team an edge? Whether you’re working with an existing or a new team, setting and conveying realistic expectations is vital.

Good football managers often spend hours poring over videos of previous matches and scrutinising individual and team performances. If you don’t have this level of analysis to hand, how can you make informed decisions, help your team to develop and improve future results? In the sales context, this translates as having in-depth visibility into your processes, pipeline and performance, which involves getting smart with technology. Most SMEs are so swamped with data these days that it’s imperative to take control, hone in on what you really need and turn that data into actionable intelligence. You’ll then be able to monitor, report on and respond quickly to your team’s performances. Technology also helps you to standardise your desired processes to encourage best-practice and consistency, especially in the unglamorous but vital areas of logging sales data or updating customer records. This is especially important to keep your inspirational but maverick star players aligned with team goals and processes whilst nurturing their raw talent. These are just some of the ways that the beautiful game can show business owners how to create and manage a winning team that reaches its full potential.