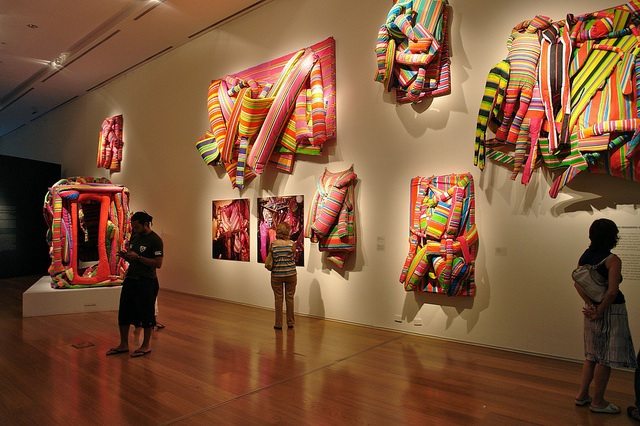 Featuring over 250,000 works from over 400 galleries, libraries, museums and artists internationally, Artfinder is set to take the online art-afficionado community by storm. The company has lined-up a strong team, made up of James Aylett (former CTO of Tango Zebra), Spencer Hyman (previously COO of Last.fm), Paul Pod (CEO of TIOTI) and Chris Thorpe (previously of the Guardian and CTO of Mind Candy), Artfinder’s online catalogue, which went live today, is nifty. The site’s “Magic Finder” tool definitely ticks our “cool” box: Artfinder shows you four pictures at a time, you decide which you like the most (or none at all) and after a few, the site creates a stream of artworks you’ve probably never seen but are in a number of ways related to the ones you liked, a la Last.fm. “We realise that many people know nothing about art beyond a few famous artists and even fewer famous works,” says Artfinder. “This is a very tiny tip of a very large iceberg, so we’d really like to be able to show you much, much more art you might well like or even love.” The result – other than discovering new pieces of art – is your own personalised art gallery, where you can collect your favourite pieces of art and share them via social media channels and email. Artfinder’s revenue model is based on sales of apps (the company is working with art galleries to produce tailored apps), original artworks and print-on-demand items such as postcards and posters, according to TechCrunch. This is Artfinder’s first round of funding and remains undisclosed. Picture source