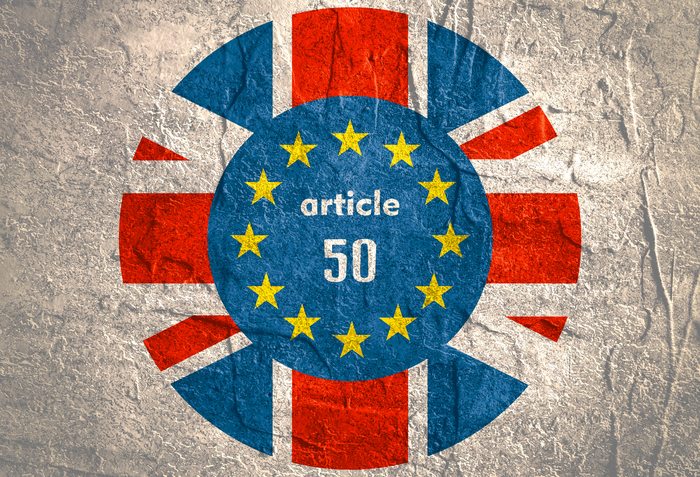 Share via
The UK’s representative to the EU handed a letter to Tusk confirming that Article 50 has been triggered. May followed this up by giving a statement in parliament, claiming it to be “an historic moment from which there can be no turning back”. But do business leaders think the deal will be mutually beneficial or are we jumping off a cliff without a parachute?

“May revealed that Article 50 has been triggered – and it marks the beginning of significant change. We’re already seeing a ten per cent reduction of skilled workers from within the EU relocating to the UK. If this continues it could lead to a brain drain of top talent. Our best developers have even started taking roles in Switzerland. “This isn’t welcome news at a time where the UK digital skills gap is already large. As the government takes these next steps it’s critical that it puts the right laws and incentives in place. In the mean time, my advice to bosses is to expand operations to where the talent is located, as well as to be proactive in expanding the pipeline of homegrown UK digital talent.”

“Article 50 has been triggered – and while I welcome May calling for a deep partnership, she must ensure the government heads in the right direction and is not driven by those who will pressurise her to leave without a deal. That cannot be an option. Doing all of this within a two-year timetable will be difficult to begin with, if not impossible, and Britain will need to seek a transition period to enable all sides to adjust and avoid economic shocks. “Both sides should work towards a form of regulatory co-operation that allows current comprehensive trade arrangements to continue. Our mutual national economic interest is at stake and the government must work hand-in-glove with industry to get this process right and avoid cavalier or ill-judged negotiating positions.”

“I hate to be the bearer of bad news, but we spend too much time sugar coating things. A lot of companies won’t make it as purse strings are tightened. It is a shame, but at the same time that creative destruction does amazing things. It frees up talent to go find new homes at companies with more stable footing. So in the end it’s not all doom and gloom. “Many will fall, none of us are invincible. But we celebrate trying and failing. We help each other up, give each other advice, hope, and a reason to keep on building. Our real concern is the uncertainty around immigration and foreign workers. We need clarity around policy and the things that as the UK we can control. At the very least, make it abundantly clear if foreigners will be able to stay and under what set of circumstances.”

“So Article 50 has been triggered and the UK’s new relationship with Europe is to be forged. One constitutional area that will receive scrutiny is the extent to which the Great Repeal Act confers powers to change existing Acts of Parliament by delegated legislation. These are known as Henry VIII powers. There’s an enormous volume of European law that will necessarily change. The government would find it handy to do this without promoting lengthy Bills but by using ministerial orders or other forms of delegated legislation instead. “While there’s no doubt full Acts of Parliament will be required to deal with ‘big’ issues such as immigration and citizens’ rights, parliament will need to look carefully at what ‘Henry VIII’ powers they ought to bestow on ministers to pass new laws, in this extraordinary situation.” What to know more about one founder deeming Brexit to be a total and utter cluster**ck? Keep going to the next page then. By Shané Schutte