Given that, you’d be forgiven for thinking they’d earned a let up in pressure on their businesses. But the result of the referendum vote on 23 June and upcoming Article 50 has thrown the stability of Britain’s economic performance into doubt for many.

Back in July, before the vote, we ran a spot check of attitudes amongst SMEs; they told us that they weren’t overly concerned about the impact of Brexit on the smooth running of their business.

Since then, a build up of uncertainty and lack of transparency from the government has caused it to shoot up their list of concerns about the future, from fourth to first, according to our latest Collaborate UK report.

For SME leaders there clearly feels a lot to be concerned about: only 28 per cent of those we surveyed felt confident in the Government’s ability to protect them from the potential impact of triggering Article 50.

Furthermore, a significant 79 per cent feel that the government has either given them too little information about the potential consequences of Brexit, or no information at all.

Whichever way SME leaders voted in the referendum, they speak with one voice when saying that not enough is being done to help them navigate this transitional period ahead of Article 50.

I’m hopeful that the government will act to give SMEs more certainty and guidance about the future. But in the meantime, there are steps that businesses can take to minimise the impact of uncertain times ahead.

Over a quarter of small business leaders we surveyed told us they planned either to decrease their investment in training, or that they were unsure whether spending on it would be sustained.

We all know the old adage of there’s no I in team, but this is particularly true of smaller businesses, where each and every member of staff has a part to play. Training is important at all levels, both for technical and for more general skills like communication, teamwork and problem solving.

By developing employees, you’ll have a more confident, motivated and proactive workforce who feel more positive about the future, and who are better placed to handle whatever comes along. Protecting the investment in staff development helps safeguard the future of a business before Article 50 is triggered for Brexit.

Collaborate with other businesses of a similar size

Our research shows that just one in eight SMEs are planning to increase collaboration in the coming year. This is a mistake: the uncertainty triggered by Brexit has made it more important than ever that small businesses work together and support each other – either as partners, suppliers, outsourced expertise or combining to share costs.

Not every company has the capacity or expertise to do everything in house, much as they’d like to. You wouldn’t ask a member of your team who specialises in finance to also be responsible for your company’s IT network, but there may not be budget to have IT support as a permanent fixture in your company.

The same is true for other reputation-enhancing functions like marketing, which can help boost your business’ visibility in times of Brexit uncertainty and Article 50 fears.

Review your operation and pinpoint there there may be the opportunity to work with other similar-sized businesses who are experts in their field. Buddying up in 2017 will help protect and grow businesses through mutual support and has the potential to reduce costs and overheads.

The practical benefits of this are tangible; our research indicates that the businesses that value collaboration report greater confidence in the future and report being in better financial shape.

We’ve already seen that a lack of clarity around Brexit has caused businesses – and  indeed individuals across the nation – great concern, and confusion within a business will have a significant negative impact on morale.

Of the SME leaders we spoke to, being unable to plan for the future was their biggest Brexit-related worry. While it may be difficult to give your employees all the answers to their questions about the future, it’s important to be as transparent as possible and involve staff in updates about the business where appropriate.

This will foster strength and build trust amongst the team, which will be invaluable if the business hits any bumps further down the road.

Communicating shorter-term decisions openly, as well as celebrating business and individual successes openly, will help everyone to understand what the business is trying to achieve and feel involved in its journey.

At a time when employees may already be concerned about the future, feeling undervalued or unappreciated can have a huge impact on their performance.

Aside from involving employees in everyday decision making processes where possible, simple steps such as arranging social events and introducing day-to-day perks such as a weekly lunch can boost morale.

Employees who feel that they are more than simply a cog in a machine are likely to perform better and invest more in their work.

Whatever the outcome of the UK’s Brexit negotiations, I’m confident that the UK’s businesses will adapt to succeed regardless.

And, in fact, despite their fears about leaving the EU,  82 per cent of the SME leaders in our survey said their business was in the same or better shape as 12 months ago, and 75 per cent told us they are more or equally as confident about their future as they were a year before. Onwards and upwards. 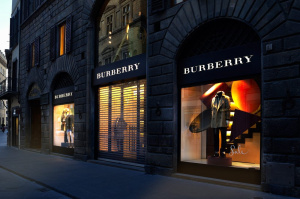