Many undergraduates are considering the alternative option of self-employment, according to a new study. Nearly 1,000 full and part-time students were surveyed, and almost two-thirds revealed they are intending to become self-employed after finishing their degrees. They feel it’ll be a better route to avoiding the troubles of the unpredictable UK job market.

Wage growth rose above 2 per cent, and unemployment fell in March 2015, according to official figures. The Bank of England governor Mark Carney warned that productivity – the main drive behind higher wages – still remained weak however. Nevertheless, the drop of 35,000 for unemployment figures meant the total stood at 1.82m – a seven-year low. The UK’s unemployment rate is now the second-lowest in the EU after Germany – the highest rates are 25 per cent in Greece and 23 per cent in Spain.

The number of people in work was up to over 31m, an increase by 202,000, the highest since records began in 1971. So, there’s certainly some positivity among a strong labour market, but David Kern, chief economist at the British Chambers of Commerce, said that businesses need a continued period of stability in order to deliver the growth and prosperity that “we want to see”.

Instability and unpredictability remain then, and for British students, the competition is another unappealing factor contributing to their turn towards entrepreneurialism. Andy Harrington, the public speaking expert and entrepreneur who commissioned the study, said: “The highly competitive nature of the world’s job market is carving a new era of entrepreneurialism, where young people can and will build a successful career for themselves.”

With up to 160 graduates after one position, 70 per cent of respondents admitted they were now rethinking their future, with only two per cent feeling they have the sufficient interview skills to triumph over other applicants. This in itself raises questions over whether enough is done to help students ahead of graduate applications, and the dangers surrounding too much competitive spirit – not everyone fares well when encouraged to pit themselves up against others.

The research found 57 per cent of undergraduates were planning or considering a self-employed career. Harrington feels the UK is becoming more encouraging and helpful towards those looking to start their own business. “Such a leap would have been difficult in the past, but we are now living in an information age where individuals and small businesses can compete on a level playing field with larger firms simply by harnessing the web to become go-to experts,” he explained.

We have seen more and more startup hubs cropping up across the UK, not just in London, providing guidance and resources for budding business founders, and a new flock of Richard Bransons and Alan Sugars wouldn’t be a bad thing for UK business. The Centre of Entrepreneurs has said it’s the “very sector” that generates the highest number of most new jobs, and fosters nearly all of the growth in the UK economy.

At the same time, the research flags up a couple of concerns. Firstly, students are paying upwards of £15,000 on tuition fees and nearly 30 per cent said the potential of being unable to gain employment in their chosen field had forced them to consider an “entirely new career where jobs are easier to come by”. Over half had a specific job in mind ahead of completion of their studies. It’s quite bleak to consider that many young undergrads feel they’ll need to change their career goals or risk unemployment. Not to mention the backlash this then directs towards higher education as a worthwhile route to future security.

Some 55 per cent of the students said they felt “angry” about the state of the employment market, because of the cost of higher education and the worry it would be a waste of money. For 43 per cent to admit they felt “deflated” knowing that university didn’t guarantee them a job, there’s a risk of potentially great talent becoming disillusioned and not progressing to where they could be.

Secondly, it might be a worry for British businesses. The numerous applications they may have been receiving from a wealth of talent, could take a hit if these intentions come to fruition. If businesses could tap into some of the aspects of entrepreneurialism that are particularly attractive to students, there may be scope to readdress the balance somewhat.

It’s not surprising that students would be drawn to flexible working hours and essentially being their own boss, as the survey described. Other popular reasons for students being drawn to self-employment were “not being a wage slave” and a better work-life balance. With 68 per cent of students describing themselves as “entrepreneurial”, it seems the business founder bug has well and truly bitten quite a number of undergraduates.

Despite students seemingly not having the self-belief to feel they’d do well when competing for a graduate position, Harrington feels there were positive indications elsewhere. “The fact that so many students have the confidence to consider a self-employed career, or as a go-to expert, is phenomenally exciting for Britain and for Britain’s economy,” he explained. 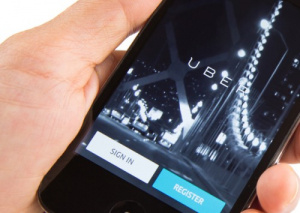 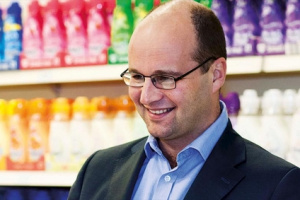