When, in early March, they published their response to the recent Crowdfunding consultation I was widely – and accurately – quoted as wondering aloud whether ‘on a day like today we don’t have the worst regulator in the western world’.

It was back in August 2012 though that Real Business published my article ‘Why the FSA should create an “Innovation Unit”‘. Back then there was a fairly wide consensus… that I was whistling in the wind – if not actually barking mad!

So, imagine my surprise when with little or no sign of any intervening change of heart I saw today’s announcement by Martin Wheatley About the FCA;s ‘Project Innovate’. To say it took my breath away wouldn’t even say the half of it.

Adamant as they have been at every stage that crowdfunding must fit into their framework – created as it was before social media and the Web had really taken off – what Martin had so say was nothing short of stunning:

“Project Innovate, was designed to ensure that the regulatory environment supported (sic) innovation in the market and was not seen as a barrier.” and “A key objective of the program is to make sure that positive developments, the ones that promise to improve the lives of consumers or clients, are supported by the regulatory environment. In other words, we want an FCA that creates room for the brightest and most innovative companies to enter the sector.”

But most significantly of all they’re now:

“On top of this [are] also launched an incubator to support innovative, small financial businesses”

That sounds just a bit like an ‘innovation unit’ to me. It’s certainly very welcome news of a very new approach.

If they’re as good as their word – and why wouldn’t they be? – then this really is the sea-change we’ve been looking for, and I can only applaud their willingness to… innovate.

Or is this really is ‘a sign of the times’? Last week we published ‘eFunding – The State of The Crowdfunding Nation‘ which analysed 75,000 live crowdfunds globally and reached the conclusion that we are right at the start of the eFunding revolution. That eFinance is now arriving creating a new eFunding escalator “that reaches the ground floor, where most of the people are’.

Or to put it another way

“Trend not hype – Crowdfunding is not just the latest hype, but instead a trend that is still in its infancy…. [this] alternative for funding projects and companies via and with the aid of modern internet technologies will increasingly go viral and become established. Above all, the movement is being driven by the accelerating penetration of the digital economy in all aspects of life and by the growing desire of many people for (greater) mobility, participation and interaction. Last but not least, the crowdfunding movement will also help to eliminate a bottleneck found not only at the national level: the scarcity of liquidity available to entrepreneurs for early-stage funding”

Not my words – those of the authors of Deutsche Bank’s understandably bank-centric ‘Does Crowd Euphoria impair risk consciousness?’ report, just published. But that sounds like an ‘eFunding escalator’ to me!

Barry James is director of The Crowdfunding Centre 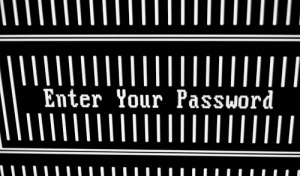