At the FD Surgery 2017, a day organised by Real Business for debate and celebration among senior finance executives, we observed working capital practices for one of our panels.

We were joined by:

Opening the discussion, Pike reflected on how the conditions experienced around the downturn forced businesses were forced to be smart.

“In 2007, 2008, pressure on working capital was low because people realised they were in trouble so conserved cash and saved,” he said.

“The impact with Brexit has seen a change in currency, which we think is driving people to say ‘let’s go buy some while it’s cheap’. Companies are reporting they’re being paid more slowly – there is an effect going on. We wanted to try use this as a way to promote working capital. We can also see cause and effect.”

Pike continued to say that access to the market itself has changed, so people are adapting to think flexible and considering payment options available to them.

Seddon explained that for growing SME bosses who start off doing all jobs, finance is one of the last things they care to relinquish.

“When they do let go of it, they’re generally pretty busy and that’s one of the biggest challenges they face,” he claimed.

“There’s no linkage and it’s a bit out of control. At the moment, it’s seeing opportunities to grow rather than investment capital. There’s a squeeze from both ends and a lack of discipline.

Pike went on to note that running out of capital occurs at times when people haphazardly make payments without a system in place. “Building that culture so everyone gets it is vital,” he insisted.

Seddon said how an accountant’s spreadsheet is something of a holy grail for SMEs, as it provides clear data instantly.

“From clients I work with, we’re visualising things that aren’t just numbers on a piece of paper. If we can tell the story and say paying invoices this way has this impact on business and growth, everyone aligns to the vision and makes everyone responsible,” he said.

West reflected on an acquisition of a small entrepreneurial business, which had a huge impact. It meant managing working capital sensitively was the best approach.

“In terms of what we’ve done in business, we’re been around recurring revenue businesses. When collecting from customers, you’ve got to build up that relationship – find out what’s driving them,” he offered.

According to Lloyds, UK companies have some £498bn tied up in excess working capital. This, the bank said, could drive growth and boost cash flow.

Its Working Capital Index released in April showed that a reading above 100 represents a desire to put more cash towards working capital, with below 100 showing that liquidity is a priority.

The findings showed that SMEs are the companies more geared towards working capital with a reading of 107.9 – above the 104.1 average and 101.4 score for large firms.

Pike added: “There’s a correlation between working capital and efficiency – you can structure your business to suit you. Understand where you are – we built tools to help clients visualise and understand.” 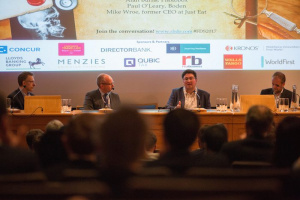 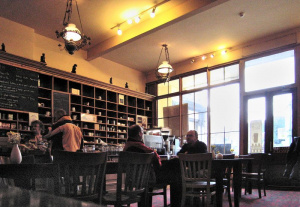 Cyber attacks: Are you sharing trade secrets when you share WiFi?