France has this week thrown all its toys out of the pram and led the way to a euro-revolt against austerity. Austerity has never been the way of France, a culture too steeped in art, beauty, sun, good living, and not to mention a socialist revolt leading back to the guillotine.

The new French president, François Hollande, rejects austerity, the policy agreed to date by European leaders to slash deficits, making it impossible for debt-strapped companies to borrow, to haul back on the members’ national deficits.

Critics of the austerity regime argue that it’s a self-defeating one. It causes not just an unhappy public as it sees public service cuts, slashes on benefits and reduced quality of living throughout, but also a frightened one as people fail to spend through that combination of less disposable income and fear of job cuts. This results in stifled growth, poor business results reducing tax revenues and thus not improving the deficits at all. The money, therefore, has to come from somewhere else – in Mr Hollande’s proposals, mainly from taxes on the rich. Britain, of course, saw these eased in the budget.

Austerity on its own can be a disaster. A balance has to be struck between austerity and ways of stimulating growth and re-negotiating the European fiscal pact. Hollande is not the only one within the European Union who wants the shift towards a more growth emphasised approach, be that achieved by re-negotiation or additional agreements (which certainly haven’t worked in either Spain or Ireland.).

The split between a pro- and anti-austerity approach is highlighted in Greece, where it resulted in neither party being able to form a government yet. Coalition between two extremes is unlikely to succeed. The anti-austerity hate levels have caused the Greek public to revolt in riots and social unrest previously unseen.

Austerity was named word of the year in 2010, a fact credited to our David Cameron, after his keynote speech in 2009 promised to end excessive government spending. In the wake of the French revolt, not to mention a rather large rejection at our own polls, our PM is doing a Maggie and says he’s not for turning.

Cameron’s biggest problem is that this is not a quick term fix. Economists argue that standards of living will keep declining while budget cuts really have not fully hit yet. Many are scheduled in the future and it may take until 2017 before austerity measures actually pay off. Additionally, the double dip became a reality as Britain slipped back into recession last month. The combination of Greece and France rebelling is hardly going to help public belief in Cameron.

So, in the midst of all this, we badly needed to hear a Queen’s speech that re-assured us that the PM’s priorities are indeed growth and economic recovery as he claims.    What we got was a mish-mash of policies, fussing over the House of Lords reform and Royal Succession, and containing an enterprise, employment, regulatory reform and repeals bill.

In fact, business and the Labour party have on this combined. One bill in 19 pieces of legislation is not remotely reassuring us that Cameron has prioritised the economy as per his promise. Flexible leave is recognised as likely to cost business, jury is out on the energy market reforms. The regulatory reform is a toe’s dip into an ocean of the red tape troubles that surround business. Many indeed argue it will simply create more quangos, which was an area the UK government first tackled to reduce. Certainly the changes to employment law are neither far enough nor radical enough. The lack of initiatives for business to prosper and thrive is total.

Here we have this radical and hugely unpopular programme Cameron has launched us on, seen to be failing in many other countries, that would take way past the next election to work – which he has no hope of winning with a country suffering from the results.  We have nil incentive to encourage British business and, almost worse, a clear sign that Cameron really doesn’t get how much trouble we are in and how much we need to hear that he did.

Sadly, I can only see more trouble ahead – increasing rioting, unrest and before too long, the political tumbrels collecting Dave and Nick alike. 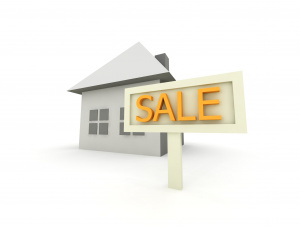 What help can you get from your landlord? 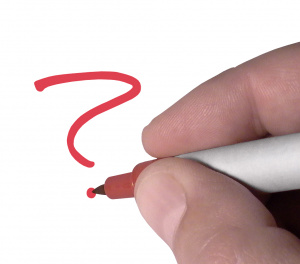