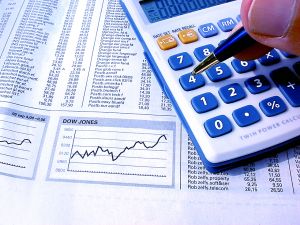 The vast majority of business owners are still unprepared for Auto-Enrolment (AE), according to Clifton Wealth research. Half of business owners claimed they did not understand what AE is and, equally seriously, 82 per cent of respondents did not know the “ball-park” cost of AE for their companies.

It is arguable that AE has not been effectively communicated to SME owners by the Department for Work & Pensions (DWP), The Pensions Regulator (TPR) and the financial/business advisory community.  The research also found that 90 per cent of small business owners had not even started preparing for AE – even though their staging date is within the next 12 months. This presents a significant issue for the companies and their advisors, particularly in the light of recent news that many pension providers are declaring they will not accept any AE business from new or existing customers unless stringent criteria is met, and without a minimum of six months’ notice. Anthony Carty, Group Financial Planning Director of Clifton Wealth, said: “We have been warning SME owners for some time that AE is not something that can be ignored and requires planning. However, our research has shocked us in terms of just how serious the situation actually is. We are extremely concerned, both for employers and for specialist AE advisors, that an avalanche of requests to plan and implement AE is only months away. With more than 95 per cent of the UK’s business economy comprising of SMEs, many with fewer than 50 employees and staging dates starting from April 2015, capacity issues are of great concern.” Here’s one misconception and two key areas of AE that could be the downfall of small business owners if they fail to take AE seriously:

1) Your staff are likely to opt-out

Owners with less than 50 employees believe there is still plenty of time to sort out auto-enrolment before the staging deadline of April 2015 and beyond, but many auto-enrolment specialists have already reported a ‘log-jam’ as business owners seek specialist financial advisors, payroll providers and software suppliers.

Auto-enrolment is not just about pensions but also about compliance and TPR is already taking its role extremely seriously. Since October 2012, the Regulator has launched 89 enquiries on firms that are large employers, with presumably greater in-house resources at their disposal than small businesses. Image Source By Shané Schutte