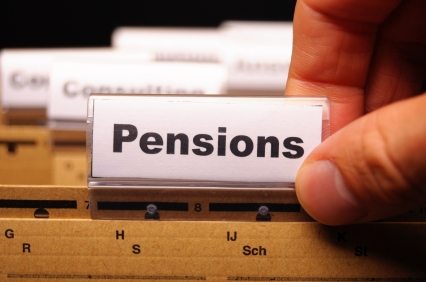 The investment employers make in communicating pension schemes to their employees has a direct effect on their attitude towards a pension and contribution levels regardless of salary, according to Thomsons Online Benefits research – the first study of its kind.

With auto-enrolment (AE) compelling companies and employees to pay a minimum level into their workplace pensions, the government has set a new one per cent contribution baseline for pensions. This is in stark contrast to the current mandatory nine per cent contribution businesses in Australia pay into employee pensions, which will rise to 12 per cent in 2019. For the vast majority of UK employees, however, AE contributions will not be high enough to provide a comfortable retirement income. Michael Whitfield, CEO of Thomsons Online Benefits, said: ?The challenge with auto-enrolment is that it?s mandatory, which drives apathy rather than engagement among employees. Members are unlikely to appreciate, or act on this need by themselves, highlighting the crucial role employers play in helping their staff save for their financial futures. We believe auto-enrolment represents a great opportunity for companies to engage their people, support them in their pension planning while enhancing staff loyalty. Investment in communication is vital to ensure that employees actively engage in their workplace pension, understand it and recognise the value of it for a better retirement future.? The research, conducted by the London School of Economics and Political Science (LSE), considered pension engagement from three perspectives; as a personality trait, as an attitude, and as a behaviour. In other words, it considered the extent to which people are prepared to defer their income, positively value a pension and act upon those intentions. Two sets of employees were compared: those that worked at companies who used a total rewards model, including strong communication with employees, and those that were eligible for a company pension but were at companies who did not operate a total rewards model. In the first group, where strong communication was used around benefits, 20 per cent are more likely to pay at least four per cent of their salary to the company pension scheme ? this is important because it demonstrates the value of communication in increasing pension contributions above the AE minimum threshold. ?Auto-enrolment is a step in the right direction, but there is a risk of a two tier pension Britain emerging – those that can afford to pay for advice and those that will be forced to go through NEST. Currently, employers have no obligation to offer guidance or support to employees around their pension choice. But if employers don?t support and educate their staff and help them fund for a decent retirement now, then society and will pick up that significantly increased burden in 20-30 years? time,? continued Whitfield. By Shan? Schutte