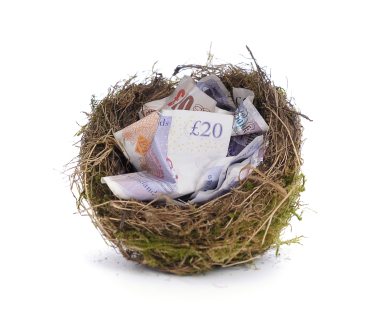 We’ve recently been introduced to what politicians are calling “the biggest shake-up in UK pensions for over 100 years.” Under the new “automatic enrolment” programme, millions of people will be put directly into a workplace pension scheme, which is paid into by both the worker and their employer.

The aim of the programme is to get up to 11m more people saving in a workplace pension. Auto-enrolment is being phased in over several years, starting with the largest employers and eventually taking in small businesses. Are business leaders ready for this? Smaller and mid-sized firms have mixed feelings about the scheme. A major survey of pension trends in smaller firms with 250 or fewer employees conducted by the Association of Consulting Actuaries (ACA) found that two thirds of business leaders do not support the push for enrolling their employees in large multi-employer schemes, as outlined in the government’s recent workplace pension reinvigoration paper. In the survey, some 67 per cent of firms did not believe that fewer, larger schemes result in better value for money for savers and/or employers, and only a fifth feel government should encourage scheme consolidation in the pensions market. These findings are telling, seeing as there are over 1.2m of these smaller firms which employ over half of the UK’s private sector employees and generate a half of all private sector turnover, amounting to £1,500bn per year. Presently across the UK as a whole, around 75 per cent of smaller firms provide no workplace pension scheme at all, but between 2014 and 2018 all will have to auto-enrol employees aged 22 and above. According to ACA chairman, Andrew Vaughan: “In my view, it would be disastrous if smaller firms’ employees are auto-enrolled en masse into products from 2014 that offer poor value and weak governance. It places immense pressure on government to make sure its reinvigoration programme is pursued at some pace, ideally supported by the Opposition so legislative changes can be agreed in quick time. It would be a missed opportunity if providers and employers are unable to offer some new designs because of reforms moving too slowly over the next year or so. We are encouraged that the Pensions Minister seems aware of the challenges ahead.” At the same time, it is worth remembering that for millions of employers and employees, nothing is changing. If an employee is already in a pension at work and it meets the government’s new standards, this shake-up will not affect them.  For businesses, the basic facts you need to know are these: Can you opt out of the scheme? If so, how? And what are all the legal facts connected with auto enrolment? We’ll be exploring the new pension scheme from a business perspective over the course of this month.