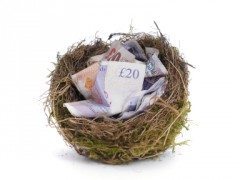 SMEs that continue to be complacent over opt-out and staging deadlines for auto-enrolment could be closed down, according to pension specialists Clifton Wealth. This stark warning comes as government figures revealed the majority of the 1m employees already signed up to auto enrolment pension schemes have not opted-out.

Clifton Wealth has identified three key areas of the government-imposed auto enrolment which, it believes, could be the downfall of small business owners if they fail to take them seriously, or do not address them quickly enough. These are:

1. Your staff are likely to opt-out

Owners with less than 50 employees believe there is still plenty of time to sort out auto enrolment before the staging deadline of April 2015 and beyond, but many auto enrolment specialists have already reported a ‘log-jam’ as business owners seek specialist financial advisors, payroll providers and software suppliers.

Auto enrolment is less about pensions and more about compliance as The Pensions Regulator (TPR) is already taking its role extremely seriously. Since its launch, the Regulator has begun 89 enquiries into auto enrolment compliance issues with large corporates and all indications point to TPR being just as rigorous with small businesses. Anthony Carty, Managing Director of Clifton Wealth, said: ?Any business choosing to be complacent about any of these issues is destined to fail. The penalties for non-compliance are stringent and could, at worst, close a company down. We are urging small business owners to seek expert advice, but to do it now and allow themselves plenty of time to plan – both administratively and financially – ahead of their staging deadline, or face the consequences.? While the actual time taken to set-up auto-enrolment may be relatively short for a single firm – once all the key elements and systems are in place – with SME?s comprising more than 90 per cent of the UK?s business economy, hundreds of thousands of companies will face the same challenges as the deadline looms but the pool of experts remains relatively small. By Shan? Schutte