During the chancellor’s Autumn Budget, a key part of his speech was all about embracing change, the future and technological advancements that come with them, which resulted in emphasis on R&D tax credits and investment.

Hammond declared there will be: “A future that will be full of change; full of new challenges and above all full of new opportunities.

“And in this Budget, we express our resolve to look forwards not backwards. To embrace that change, to meet those challenges head on and to seize those opportunities for Britain.

“The world is on the brink of a technological revolution. One that will change the way we work and live and transform our living standards for generations to come.

“And we face a choice: Either we embrace the future. Seize the opportunities which lie within our grasp. And build on Britain’s great global success story. Or reject change and turn inwards to the failed and irrelevant dogmas of the past.”

With his passion for technology affirmed, he went onto say that main R&D tax credits would be increased from 11 per cent to 12 per cent. However, Hammond’s focus was geared at the RDEC (Research and Development Expenditure Credit) tax credits scheme, rather than the SME R&D Relief for firms with under 500 staff.

This did not sit well with some SME business leaders, who claimed he has snubbed them.

“What about our SMEs and scale-ups?” questioned Matt Watts, head of R&D at accountancy, investment management and tax group, Smith & Williamson.

“The chancellor has increased the Research and Development tax credit [RDEC] credit by one per cent but has left the SME rate the same. Whilst the existing scheme for SMEs is still more valuable, limiting the increase to R&D tax credits for the large company scheme sends a mixed message to British businesses?

“The R&D tax credits is a popular relief which is promoting investment and creating jobs. Why should only big business benefit when it’s our smaller businesses we need to be supporting?”

However, others believe that companies should think themselves lucky the chancellor is showing an interest in supporting R&D tax credits and investments at all.

With £2.3bn R&D investment promised, the Budget document claims this is “the largest boost to R&D support for 40 years.”

“It’s certainly good news that, in the wake of the European Investment Fund (EIF) freezing investments into UK funds, Hammond has promised that the government will fill the European funding gap and allocated £2.3bn to invest in R&D.

“These policies will surely alleviate some of the uncertainty that Brexit has caused for UK entrepreneurs.

Mark Tighe, CEO of the R&D tax specialist, Catax, added: “While the chancellor has chosen the future, one element of his thinking about R&D remains stuck in the past: he once again made the same mistake of overly associating the research and development revolution with the most cutting-edge technologies, such as driverless cars, AI and 5G.

“Yes, these sectors symbolise the vanguard of innovation but we should not forget that many everyday businesses are also performing R&D day in, day out. The government needs to drive greater awareness of what constitutes R&D in order that the many companies performing it unwittingly can take advantage of the lucrative tax reliefs available.”

“The lack of knowledge surrounding what constitutes R&D is a fundamental problem as the money companies get back through R&D tax credits is generally reinvested in further R&D, which is a virtuous circle for any economy seeking to increase its productivity and compete on the international stage.” 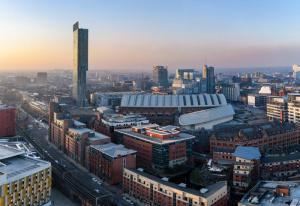