According to the Institute for Fiscal Studies, the current budget deficit is estimated at just under £100bn and rising. This is because of a faster than expected drop in unemployment, without seeing a corresponding increase in tax receipts.

Raising taxes across the board would be the obvious strategy to address this, yet prime minister David Cameron has pretty much ruled this out. At the recent G20 summit he pledged: “I am a tax cutter and I want to see taxes cut in the next parliament.”

Some early electioneering pledges have been unveiled to this effect, but will they be announced in the December Autumn Statement? For example, he’s promising to raise the personal tax allowance to £12,500 and increase the higher rate threshold to £50,000. He also says he has no plans to increase VAT levels to fund these changes. So where is the money going to come from?

Apart from these announcements, what else could be in store for taxpayers?

A rise in the IHT threshold – will he or won’t he?

Inheritance tax is fast becoming one of the government’s biggest cash cows in terms of revenues it brings in. The Office for Budget Responsibility (OBR) has been warning that within four years, the number of estates that attract IHT will double, as a result of very rapidly increasing property values. David Cameron originally pledged to increase the IHT threshold to £1m during his campaigning for the last election. Rumour has it that this change may become effective from March 2015, in which case, it would need to be announced in the December Autumn Statement. Just in time to win back favour among the army of London and South East voters whose loyalties may be wavering towards UKIP perhaps?

Also rumoured within the broadsheets recently, business secretary Vince Cable has suggested we can expect an announcement regarding extra financial support to cover the cost of SME business rates. Business rates make up about £25m of the Treasury’s income and are a key election issue. The government is facing pressure to reform the taxes both to help those facing the payments and to encourage small businesses in particular, back onto the UK’s struggling high streets.

Boost to tax reliefs for innovation

Research and development (R&D) tax credits have already received significant boosts in recent years and made more valuable and accessible. Yet the tax relief available through the Patent Box scheme has not benefited from similar treatment. Perhaps George Osborne will use the Autumn Statement as an opportunity to introduce wider tax relief for rewarding innovation generally, since the Patent Box is somewhat restrictive for most SMEs to access. A move like this might also temper any negative sentiment relating to the expected tightening up of avoidance tactics favoured by the large technology firms, many of whom are paying far less tax in the UK than their overall sales revenues should dictate. This was highlighted in the Conservative’s recent party conference at which they pledged to restrict the potential to use tactics like the “Double Irish” to divert UK profits offshore.

Additional measures to catch tax avoiders are probably the most predictable of the many predictions we could make regarding the Autumn Statement. We live in a climate where tax revenues need to increase, yet tax levels themselves cannot be significantly increased without damaging either the economy or the government’s long term prospects. That leaves very little room for manoeuvre.

Hence, the government’s best source of income must come from improving the way it identifies taxpayers who have underpaid, and obtaining the taxes they owe. This strategy is not only lucrative for HMRC, but more popular with the electorate. According to the results of a survey conducted by the FT, 80 per cent of voters believe a further crackdown on tax avoidance is a good way to increase Treasury receipts. We can definitely expect to hear about new schemes to be launching in 2015.

The government continues to reinforce its commitment to making the UK the best place in the world to run a business. Reducing corporation tax beyond the current 20 per cent rate could be another way to attract innovators and entrepreneurs into the country. They could also consider other more results oriented approaches, for example, giving companies that achieve pre-specified levels of growth certain tax breaks. This could work in a similar way to EIS or SEIS, whereby investors receive tax cuts in return for investing in qualifying companies. Instead, companies could apply to be part of a scheme that offers corporation tax relief in return for achieving set growth and investment targets.

Lesley Stalker is head of tax at RJP. 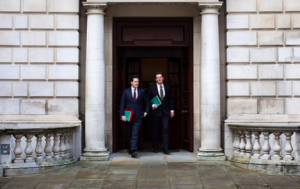 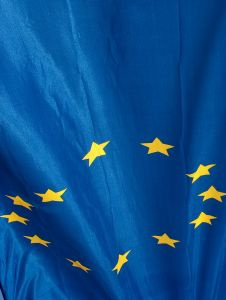