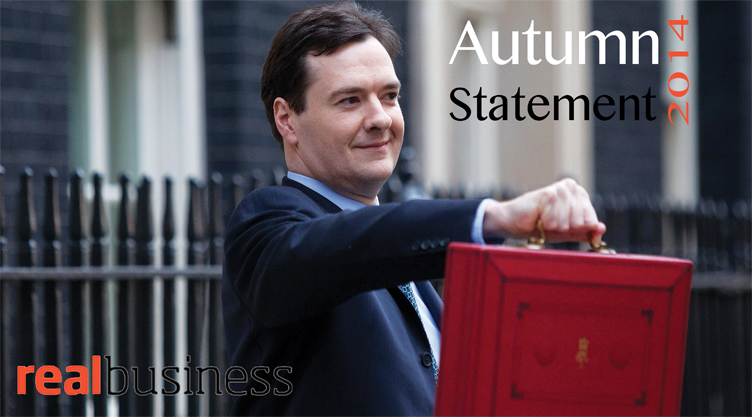 Given that the business rate system dates back to Shakespearian times, it’s no wonder that businesses are complaining about how out of date the system truly is. Indeed, many have been calling for a complete overhaul.

For example, many argue that in the age of the internet, is there really a need for company tax to be based on the physical space used? And although last year’s relief to incentivise take-up of empty shops – 50 per cent relief offered for 18 months – may have made a helpful contribution, Simon Tivey, PwC partner and business rates specialist, suggested that “empty shops down from 14 per cent last autumn to around ten per cent now, though this could also be due to the economy picking up and some reduction in the oversupply of high street shops due to conversion to residential or other uses.” But SMEs rejoice, for Osborne has dropped hints that business rates will indeed be reviewed in today’s Autumn Statement. In anticipation of Osborne’s comments, Tivey said: “The extension of the Small Business Rate Relief Scheme has to be a must. It would be very difficult to reverse having been running in its present form since October 2010. “360,000 properties under £60,00 Rateable Value pay nothing, and a further 180,000 properties under £12,000 get relief. Cost of extending for a further year is around £500m.” Superdry founder Julian Dunkerton stated that the problem was simply holding them back from expansion: “It is prohibitive in certain parts of the country where we would like to open and it means that our attentions will focus more on the international business. We would love to open more stores in the UK, but there are some places where the business rates are so high it just doesn’t make sense.” But the outlook is good for SMEs for Osborne has delivered. He said: “The government has repeatedly helped small businesses deal with the burden of business rates. We do so again today.” It was revealed that a further review of the business rate system’s structure will be taking place in order for high street shops to compete with internet retailers. Business rates relief has also doubled for a further year and inflation-linked increase in business rates will remain capped at two per cent.  Furthermore, Osborne announced a new £1,000 discount on the rates of high street shops, pubs and cafes. “With the brilliant SmallBusiness Saturday this weekend, I am increasing that help for thehigh street by 50 per cent to £1,500 next year.” It was vital that the Chancellor extended this package of relief measures, because with ever increasing costs, it has become hard for high street to compete with the likes of Amazon. And business rates for secondary retail sites are massively high too. Vince McLoughlin, partner at business and tax advisory firm Russell New, said: “It would have been a ridiculous decision to stifle growth by hindering businesses with additional costs. The small business rate system has previously placed too high a burden on UK businesses and needed reform. However, with the official reform not being introduced until 2016, it makes political sense to extend the relief until then.  “With this greater breathing space, SMEs will have an incentive to make crucial investment decisions, some of which may have been delayed waiting for this announcement. Perhaps then will they be able to get mid-sized businesses to unleash their capital which will stimulate further growth and give the economy another push in the right direction.” The chancellor’s further rate relief will only go further to help “keep the wolf from the door”, said Phil Mullis, partner at Wilkins Kennedy. “However, we mustn’t lose sight of the bigger retail stores who are large employers. The recession taught us that no one was safe, independent or national chain and the government must do their bit at the other end of the scale to help the bigger players out too.

“Also, we can’t ignore the fact that trade is increasingly moving online. So, while these rate reliefs are handy in the short term the growth won’t be sustainable if the footfall chooses the online shop over the bricks-and-mortar store.”

We’ve taken a step in the right direction, but what can be seen from the reactions of entrepreneurs and business owners alike is that the government needs to be more sensitive to the way the world is changing.

“Today’s shoppers are much more fluid, and can combine popular shopping channels; so, independent retailers need to build a better support network to reflect this modern shopping experience,” explains Mullis. “This should not only lead to a high street recovery, but it will also help to stabilise retail sales overall.”