Of course, Cameron’s joke, which “left MPs baffled by torturing the English language” according to the Telegraph’s Rosa Prince, is worth mentioning first.

He later corrected his statement: “Let me be clear, I meant to say masochism. I say he likes to dish it out but he can’t take it. But now we know he obviously quite likes taking it as well.”

And he couldn’t resist making a dig at Miliband regarding the infamous bacon sandwich image that has undoubtedly spread across the web. “In a moment or two he will be looking as awkward as when he ate that bacon sandwich,” he said, talking about when Miliband hears the state of the government’s finances.

But the real banter first began when Osborne, who was explaining the details of the tax credit for children’s television and animation production, stated that “it is the determined policy of this government to keep Wallace and Gromit exactly where they are.

“The man behind Wallace’s voice has retired,” he said. “But after next May I am sure the whole House will unite behind a suitable and, by then, available candidate.”

It probably didn’t help any when the Torries started shouting “more cheese”.

Miliband took it with good grace and even laughed at the joke. After all, it’s not the first time that Osborne has made this joke, with Miliband himself even admitting that he does, in fact, look a little like Wallace.

Of course, his next joke was equally as topical. As he introduced the latest tax-breaks and funding for Science, he made a reference to Britain’s lead on searching for life on Mars, saying: “We on this side have often gazed on the barren waste of the Red Planet. We have given up hope of finding intelligent life there. But signs of any life at all would be an advance.” 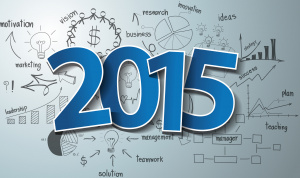 The key business landmarks of 2015