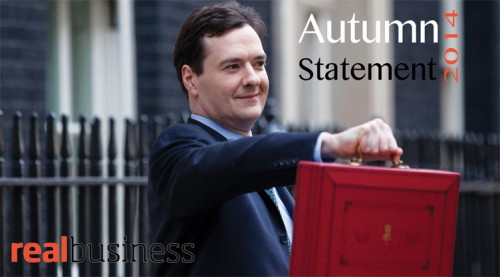 Osborne, said: “We want to help British businesses do more research and development – this is crucial to our productivity. Today I am increasing the R&D tax credit for small and medium companies to 230 per cent and the credit for large firms to 11 per cent.”

Supposedly, this will support the UK when it comes to generating and commercialising new ideas, products and services, which is deemed “critical” for boosting jobs as creative businesses will be able to grow quicker to attract investment and enter new markets.

The decision to increase R&D tax credits has already been sneered at though, with it climbing marginally up from 225 per cent effective 1 April 2015.

Ian Brinkley, chief economist at Lancaster University’s Work Foundation, is one of the underwhelmed parties. He said: “The chancellor rightly focused on productivity tied to measures on infrastructure and support for R&D.

“However, the increase in the R&D tax credit for SMEs from 225 per cent to 230 per cent is very unlikely to increase R&D spending. Overall, the Autumn Statement provides relatively little additional support for private business investment.”

During his statement, Osborne spoke highly of the UK’s ambition and a “commitment to science” to back his support of R&D, saying it’s a “personal priority.”

“Scientific advance is a human endeavour worthy of support in its own right. It is also crucial to our economic future. In 2010, the UK was ranked fourteenth in the Global Innovation Index. Today we are ranked second, but we aim to be the best,” he said.

He revealed £6 billion will be allocated on the “biggest ever sustained programme of investment in the research facilities of our scientific community.”

“This includes money for major new scientific challenges from the search for advanced materials, to the ground-breaking work on ageing, to the exploration of the universe,” he continued.

“The Rosetta mission to the Comet captured the nation’s imagination. I can tell the House that yesterday Britain was awarded the lead role in the next international effort to explore the planet of Mars.”

Read more on the Autumn Statement: