Whether it has been making investing more tax efficient, removing red tape, lowering business rates or providing new areas of finance, the coalition government has frequently declared itself to be a business-friendly ruler during Autumn Statements.

However, with this being the last one before we all go to the polls next year, it remains to be seen whether companies, and the entrepreneurs that build them, will benefit on 3 December when chancellor George Osborne opens his red briefcase.

Giving them the power to decide what policy they’d like to see, we quizzed business leaders from up and down the country. The results were very interesting.

“I’d like to see reduction on restrictions on visas for skilled workers from abroad. Ten currently has to recruit skills into our offices around the world rather than from abroad into the UK due to today’s tougher climate on immigration.

“This is costing the business profits, reducing the UK taxed income and moving skills outside the UK to places that are more welcoming to talent.

“We also need to talk about and protect the good work done over the last 15 years that has helped make the UK so entrepreneur friendly. Schemes like EIS, Entrepreneur’s CGT relief, the R&D tax credit all need to be retained and explained to the nation – without public understanding, there is a risk that future governments will row back on these effective reforms.

“Finally, I’d like to see something done to stop allowing office blocks in London being turned into flats. This is driving up office rents in our metropolis and driving business abroad – many companies do NOT choose London or Leeds but London or another capital city.”

“In this year’s Autumn Statement, I’d like to see a reduction in the employer National Insurance contributions that small businesses have to pay. Once startups become established and have all of the initial costs out the way, it would be beneficial for them to have higher National Insurance relief that could help them move forward more quickly with the growth of the business.

“Also, I would like to see more support for SMEs facing high business rates. Part of business growth often involves multiple premises when new offices are sought around the country, but business rate relief sometimes doesn’t apply to these companies. As we look to move offices and expand further, better business rate relief would be something  we hope for.”

“As a small British manufacturer (yes we do still exist), corporation tax reductions would be welcome but I would prefer to see a big increase in the tax relief on capital investment to £200,000 and a commitment to keep it there for the next five years.

“We need policies to stimulate investment for the future. The biggest obstacle for small firms remains the lack of access to capital. The government must put in place incentives for capital investment, including extending the tax breaks for SMEs. It will take a lot more than sticking plasters for the UK to regain a sense of its mercantilist heritage and become an export powerhouse to compete with Germany and Asia.”

“I’d like to see an expansion of the commitment and investment in repairing the UK’s technology skills gap. Tech City UK recently launched a Digital Business Academy – the world’s first government-funded digital skills course – but reports suggest that the economy will require an additional 745,000 digitally skilled workers in the UK by 2017, so much more needs to be done. Whilst we’re seeing increasing focus on training school students for the future, the government should do more to skill-up the entry-level workforce now.

“Tax breaks for SME’s running specialist internships for school and university graduates would encourage businesses to help give young, bright candidates the right training. We are starting to see promising glimmers of the UK catching up with the US in areas like programming, but by incentivising businesses in this way we can accelerate the pace of innovation and economic growth.

“Encouraging overseas expansion would also help to fuel economic growth in the UK. The UKTI, the body responsible for helping British businesses expand internationally, receives limited funding compared to some of its counterparts in other countries. At Captify, we are being approached by foreign embassies, pitching for us to expand out into their country. The opportunities are there for the taking by British businesses, but the UKTI is currently hamstrung by a lack of funding.”

“This funding deficit is holding the organisation back from subsidising company expansion of promising British businesses and enabling those businesses to attract and keep the best talent. With additional investment from the government, the UKTI could provide financial support for fast-growing businesses, enabling them to pay salaries for the first year of trading in a new country – something the equivalent organisation in Scotland already provides.” 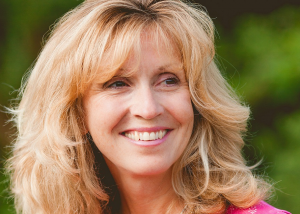