A National Living Wage increase will see the rate rise from £7.20 to £7.50 from April next year, representing a pay rise of around £500 to a full-time worker.

The move was announced by chancellor Philip Hammond in the Autumn Statement, who claimed that the government recognises that “more needs to be done to help families make ends meet and to ensure every household has opportunities to prosper”.

While this is undoubtedly good news for lower earners, it spells trouble for some businesses.

John Harding, employment tax partner at PwC, said: “This is positive news for working families, but the additional strain on ‘EJams’ – employers just about managing – should not be underestimated. This comes at the same time employers are facing a triple whammy of additional costs from the Apprenticeship Levy, holiday pay changes and pension auto-enrolment increases.

“The National Living Wage added one per cent to the average pay bill for employees when it was introduced in April. The latest increase will be felt by more employers and at a greater cost as more employees are now at the National Living Wage level. The actual cost will vary across industries, with retailers, facilities management, care homes and the hospitality industry especially impacted.

“The smaller than expected increase raises questions about how we will reach the £9 per hour target by 2020. From moving to £7.50 per hour in April, it will then require an average 50p per year increase in the National Living wage – which could be a tall order for smaller employers.

“This is likely to remain a hot focus area for HMRC and employers will need robust processes to ensure they do not unintentionally fall foul of the regulations.”

However, Louise Boland, managing director at Opus Energy argued that, while there is no denying the move will mean added financial pressures for SMEs, ultimately it makes good business sense.

She said: “The extra thirty pence an hour has the potential to reduce staff turnover, close the gender pay gap (with more than three million women set to benefit), boost employee engagement, along with the benefits to the economy via an incremental boost to disposable income. This is clearly a step in the right direction for society and business.”

As well as the increase to the National Living Wage, the chancellor has today also that the tax-free personal allowance will be raised from £11,000 to £11,500 from April in a bid to further help low income families. He claimed that this represents a “massive boost to the incomes of low and middle earners”.

Hammond also confirmed the government is committed to raising the allowance to £12,500 and the higher rate threshold to £50,000 by the end of this Parliament. Once that has been reached, the personal allowance will rise in line with inflation.

“Creating jobs, lowering taxes and raising wages addresses directly the concerns of ordinary families. And the revenue-raising measures I have announced today enable me to go further to help families on low wages,” said the chancellor. 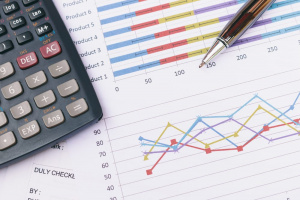 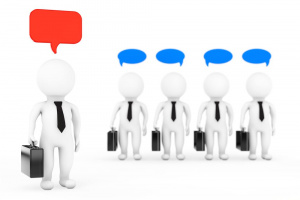 Autumn Statement 2016: What are businesses saying?